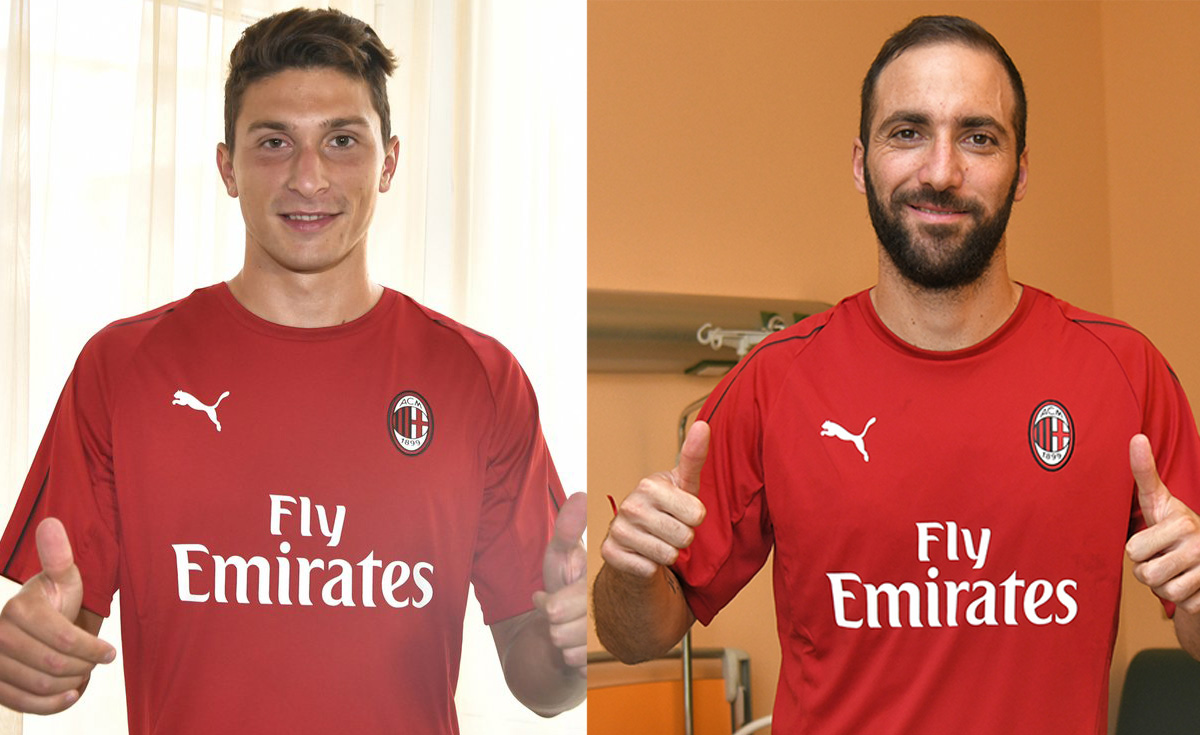 After the transfers of Caldara and Higuain were both confirmed by AC Milan this evening, the club also revealed which numbers the two new signings have chosen.

On Twitter, the Rossoneri confirmed that Gonzalo Higuain will take the number 9 off Andre Silva, who’s been linked with a transfer this summer.

Mattia Caldara will take number 33, which was previously worn by centre-back Thiago Silva, currently at PSG.