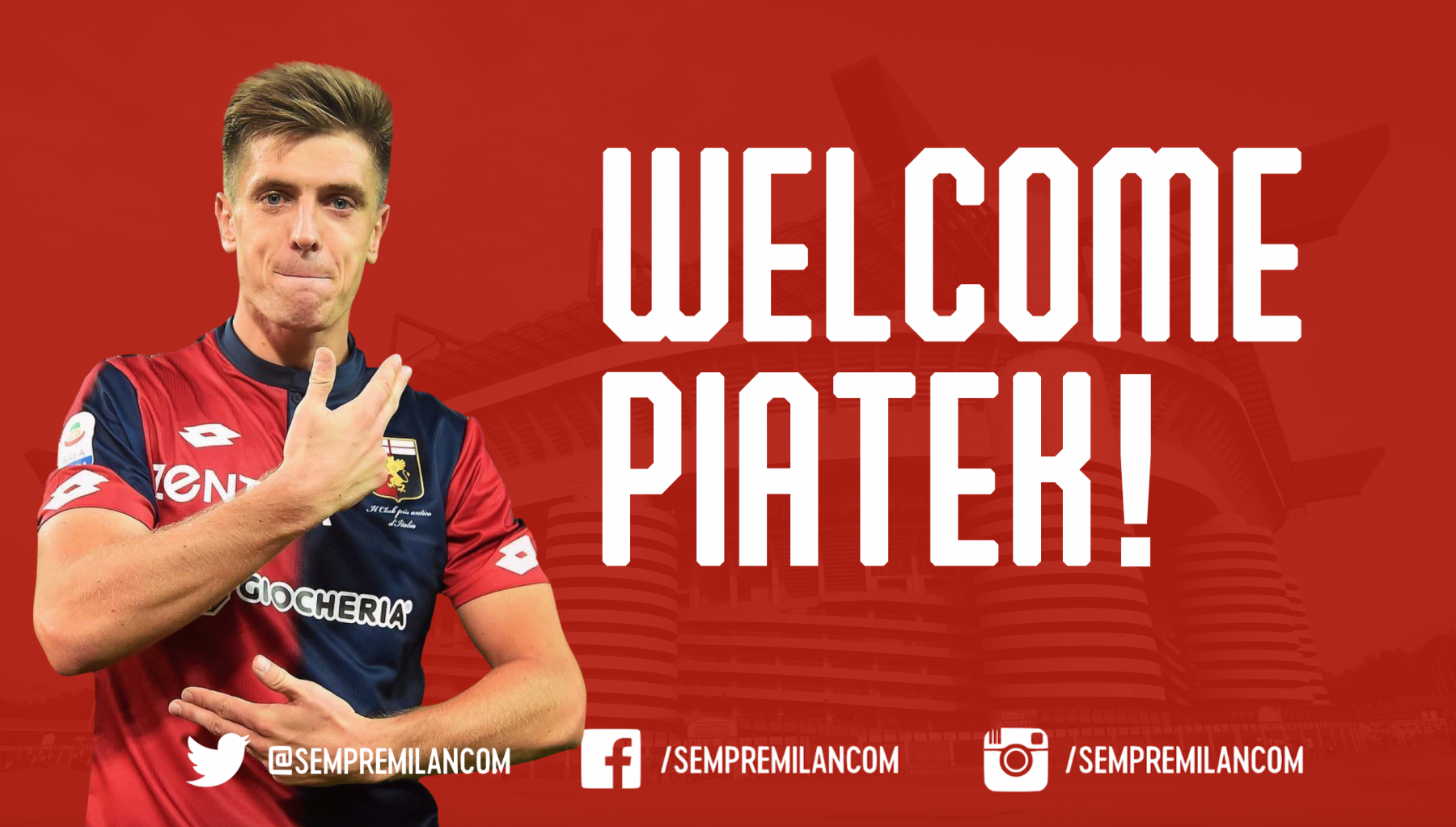 AC Milan have officially confirmed the signing of striker Krzysztof Piatek from Genoa on a four-year deal.

“AC Milan announces that it has permanently acquired the right to the sporting services of Krzysztof Piatek from Genoa Cricket and Football Club. The Polish forward has signed a contract with Milan until 30 June 2023,” the statement read.

Widespread reports have claimed over the last 24 hours that the Rossoneri have agreed a €35m deal for the Poland international, with €2-3m in potential additional bonuses.

There will be no counterparts in the deal despite reports that Genoa wished for a player to be included.

Piatek arrived in Milano on Tuesday evening and underwent a medical on Wednesday at La Madonnina clinic before penning a four-and-a-half-year contract worth a reported €2m per season.