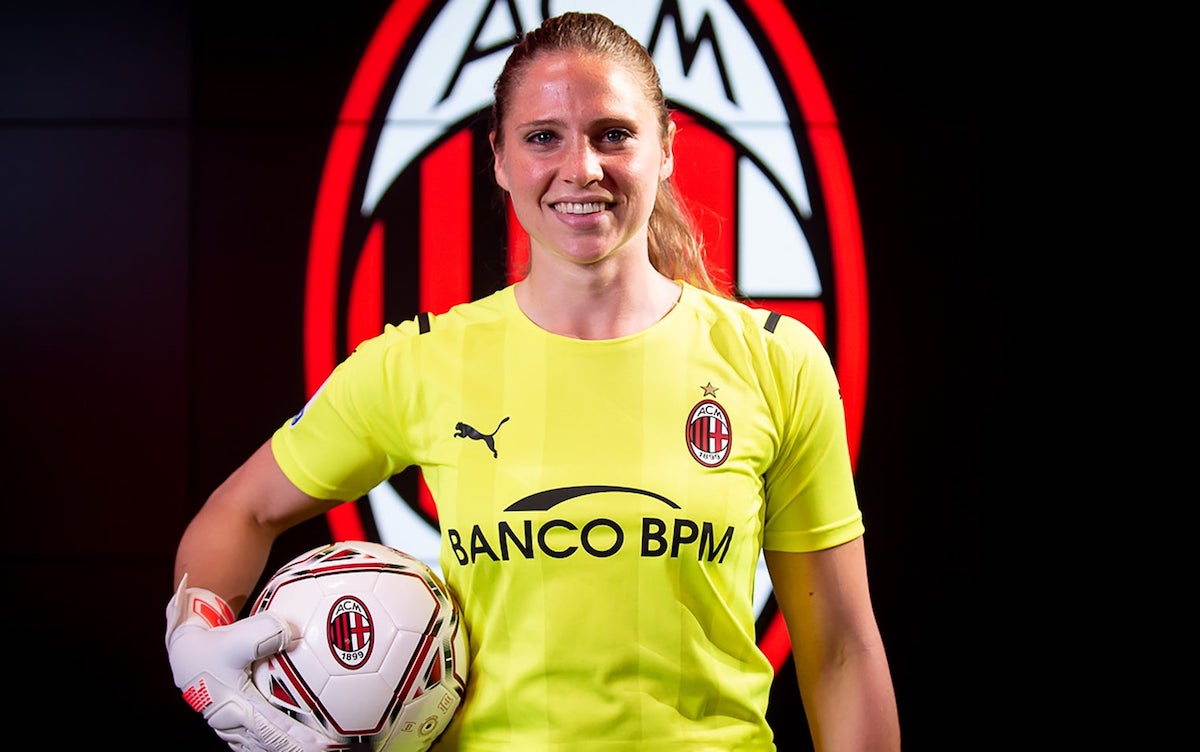 It’s official: Laura Giuliani has signed for AC Milan. As we’ve reported earlier, the goalkeeper has moved to the team on a free transfer. The goalkeeper also gave a final salutation to Juventus on Twitter.

She has signed a contract until 2024, as has been confirmed by the club’s official website. Here’s what you need to know about Milan’s newest signing…

Laura was born in the city of Novate Milanese, a comune of the City of Milan, and began playing football as a child. Despite facing stiff resistance from the local children (mainly boys), Giuliani’s family continued to support her dream of becoming a footballer.

Laura Giuliani began to take her first steps in the world of women’s football with S.S. La Benvenuta. She then moved to FCF Como 2000 to take part in the 2009–2010 Serie A2 season. Her debut came on February 14th, 2010, against ACF Trento. She then became a starter for the 2010–2011 season and started all 22 of the team’s league matches, and conceded only 15 goals.

Como 2000 was later promoted to Serie A when A.S.D. Reggiana Calcio withdrew from the league. Giuliani made her league début on October 9th, 2011, against Tavagnacco.

She then played her first match as a starter in April of 2014. The match was a World Cup qualifier against Spain in Vicenza, Italy. Italy and Spain played each other to a nil-nil draw and that Spanish side was also captained by Verónica Boquete.

Her club career would eventually take her abroad and away from Italy. In September of 2012, Giuliani announced she would be moving to Germany to play for FSV Gütersloh 2009. She started her first match for the Bundesliga team in November of 2012. A year later, she became a starter for the team and finished the league in second place for that season.

After three seasons, Giuliani would eventually move to FC Köln in 2015. She initially started as a backup for keeper Lena Nuding but gradually took over the starting role.

Despite her heroics, Laura couldn’t keep Köln from being relegated before the 2015–16 season had ended. As a result of this, Giuliani left and then signed for SC Freiburg. The shot-stopper spent most of her time there playing second fiddle to fellow keeper Laura Benkarth.

A year later, Laura was the starting goalkeeper for Italy in the Women’s Euros in The Netherlands. Her performance in the tournament was sadly, overshadowed by a howler she made against Germany while trying to parry Josephine Henning’s header away from goal. Italy would go on to lose that match by a score of 2-1. They lost their subsequent game against Russia and won their final match against Sweden. They also exited the tournament after the group stages.

Later that year, the FIGC passed a motion that made it mandatory for the men’s teams in Serie A to have a women’s counterpart. This was done to help women’s football grow in Italy and it was inspired by the Azzurre’s disappointing exit from the Euros.

Juventus would enter the world of women’s football in 2017, and Laura would sign for the newly formed team. She would then play for them for four seasons. Her experience in Italy’s newly formed top-flight helped her excel on the international stage, as she became one of the standouts of the 2019 Women’s World Cup. She even had the most saves in the tournament.

Now, Laura has made her way back home to Milan and will bring a wealth of talent, experience, and leadership to the Rossonere as she takes the field for the team next season.

Giuliani has won a plethora of awards during her career. She has won the Scudetto three times, along with the Coppa Italia once, and the Supercoppa Italiana twice. All three trophies were won while she played with Juventus.

She’s also been named to the AIC’s Top XI of The Year twice and was named Serie A’s goalkeeper of the season by the FIGC. Furthermore, Laura can also boast of recognition on the international stage. The goalkeeper was named as one of the top seven goalkeepers in the world by the IFFHS.

The goalkeeper also has a degree in sports sciences from the University of San Raffaele and can speak three languages, which means she’s pretty smart too.

And as was mentioned before, Giuliani was one of the outstanding players of the 2019 Women’s World Cup. Her saves were crucial to keeping Italy in the tournament, and her performance helped spur the team to the quarterfinals. It was the Azzurre’s best finish in the tournament since their predecessors managed to do the same back in 1999.

She is also, generally considered to be one of the few, world-class players from Italy. Giuliani was also instrumental in the push for professionalism for the amateur athletes of Italy.

Since 2019, Giuliani has conceded only 14 goals in the span of 46 matches. She has also kept a total of 22 clean sheets. The shot-keeper has made a total of 70 reflexive saves and has a short pass accuracy rate of 98% (Wyscout).

With her strength, reflexes, and passing ability, Laura will fortify Milan’s already strong defense. And with the possible renewals of Mária Korenčiová, the Rossonere could have the strongest goalkeeping duo in all of Italy.

More will be written about how Giuliani will benefit Milan in the upcoming days. But for now, let’s just welcome Laura with open arms and say: Benvenuta Laura! 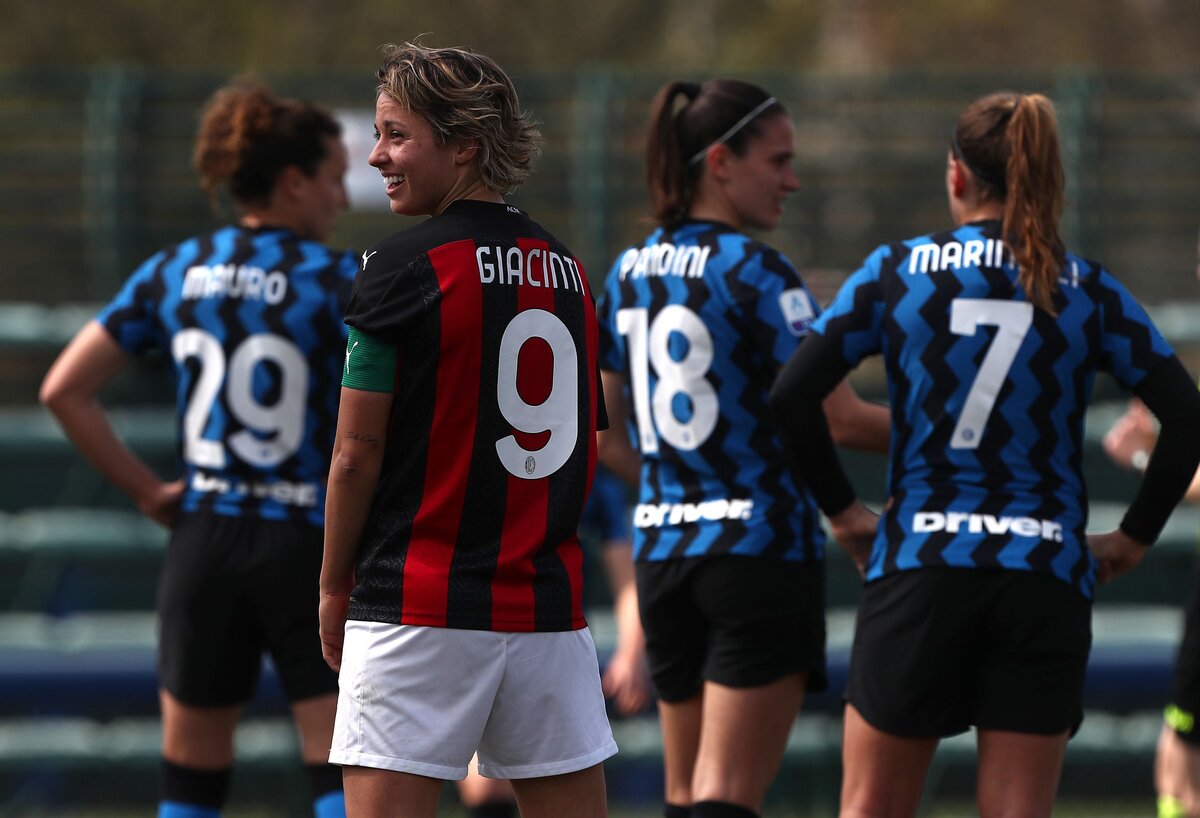