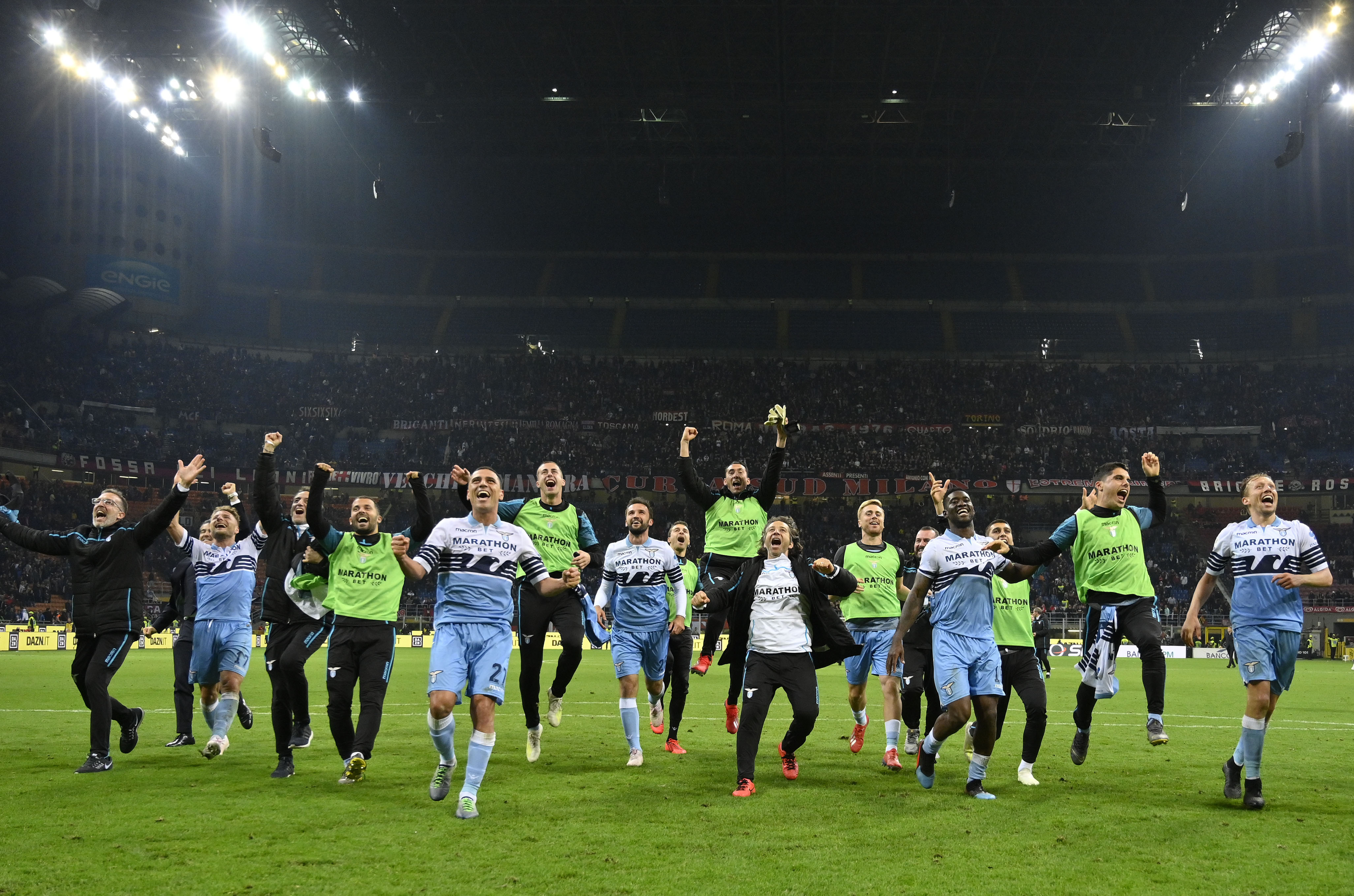 Lazio have been handed a suspended sentence of a one-match stadium closure for their persistent racist chanting in the Coppa Italia semi-final second leg.

Chants were clearly heard from the away section during Lazio’s 1-0 win, during which they booked their place in the final of the competition.

The stadium announcer even twice used the PA system to call for the chants, led by Lazio’s Curva Nord, to stop immediately – and he was ignored both times.

Now, the Lega Serie A has announced that the closure of the Curva Nord at the Stadio Olimpico, where Lazio’s ultras are situated, would be the only possible punishment to come from it.

However, since Lazio had not been warned it is essentially a suspended sentence, which will only be enforced if the break the rules again over the next 12 months.

The statement from the Disciplinary Committee states that “almost the total capacity of the travelling fans in the Terzo Anello Verde section, 90% of the 4,049 occupants, were responsible for repeated racist chants towards Milan players Franck Kessie and, in particular, Tiemoue Bakayoko.”