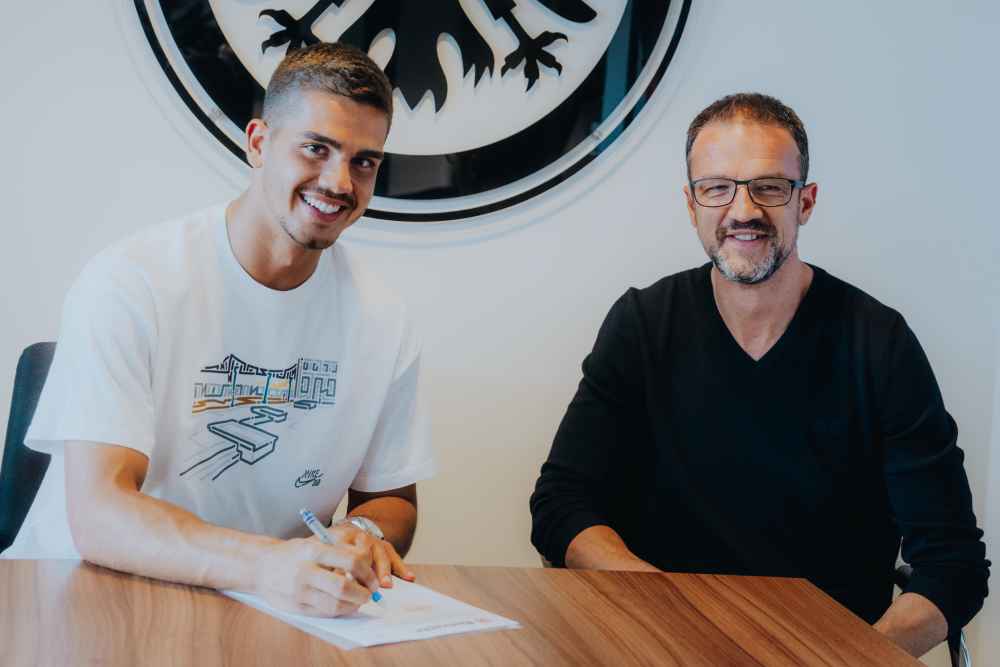 Andre Silva, who left Milan last summer on a two-year loan deal, has been signed on a permanent basis by Eintracht Frankfurt after what was a successful ending to last season. The official statements were released this evening.

The Portuguese striker scored 16 goals and registered five assists for the German side this past season across all competitions. Therefore, they were keen on locking him down and managed to reach an agreement with Milan for the transfer.

“AC Milan announces the transfer of the player André Miguel Valente da Silva to Eintracht Frankfurt on a permanent deal.

The Club wishes him all the best in his future endeavours and thanks him for his professionalism,” the statement read.

The Bundesliga side confirmed that the striker has signed a three-year deal, keeping him at the club until 2023.

As a part of Silva’s loan move to Frankfurt, Ante Rebic joined the Rossoneri on the same formula. Of course, Paolo Maldini wants to keep the Croatian and although it’s a separate negotiating, they should have no issues securing him.

Therefore, Milan most likely won’t announce the signing of Rebic on a permanent basis this evening. Hopefully, though, it won’t take too long before that deal is made official by the club, as it seems they are down to the details.