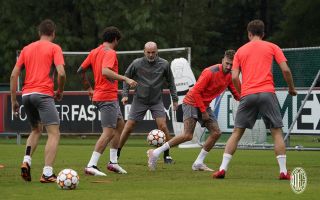 Zlatan Ibrahimovic, Tiemoue Bakayoko and Rade Krunic are out of the game with respective Achilles and muscle issues. Simon Kjaer and Alessandro Florenzi trained with the squad on Monday but the former has not been called up for this game.

Davide Calabria returned to the fold during the win in La Spezia at the weekend having recovered from a muscle problem while striker Olivier Giroud started that game but came off after 45 minutes. Junior Messias is still not match fit and has been left out of the squad to face the LaLiga champions.

Below are the players that Pioli has summoned, with no real surprises in terms of exclusions or inclusions apart from Kjaer.