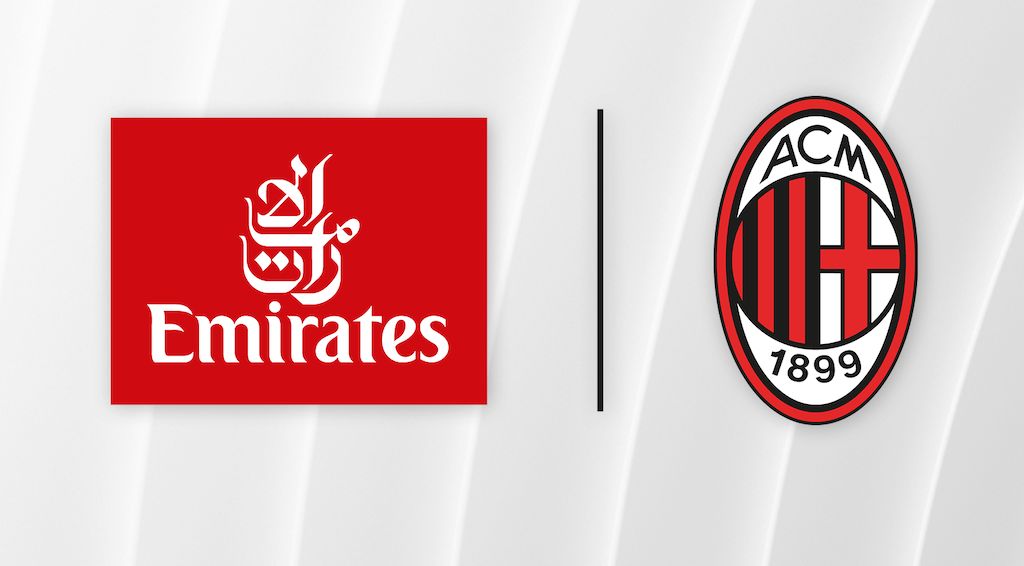 AC Milan and Emirates have confirmed that they have renewed their partnership until the end of the 2022-23 season.

The news was confirmed via a statement on the club’s official website, which adds that the Emirates logo will remain on the front of shirts for the senior men’s team, youth teams and for the Rossoneri Academy.

The relationship has been ongoing for 14 years now and at the end of the new three-year extension period, the total duration of the partnership between the airline and Milan will be at 17 years (there was a partnership prior to them sponsoring the shirts).

The statement notes how Emirates first became a partner of AC Milan in 2007 and in the 2010/11 season they became the main shirt sponsor, and the Dubai-based brand will continue as the Principal senior men’s team shirt sponsor and Official Airline Partner of Milan.

Casper Stylsvig, the Chief Revenue Officer of Milan, reacted to the news: “We are thrilled to announce a 3-year extension to our relationship with Emirates, one that has truly stood the test of time.

“This renewal is a testament to the value both parties have brought to the table throughout this long term and collaborative partnership. The partnership of these two brands, with such strong international visibility, is an extremely powerful one.

“We are delighted to support Emirates in showcasing the excellence and quality of their experience all over the world. Coming out of a global pandemic, our new deal with Emirates has also allowed the club to redefine its partnership strategy, providing an increased sponsorship inventory and therefore greater potential for further commercial partners moving forwards.”

The news of course comes a day prior to the revealing of Milan’s 2020-21 home shirt ahead of Wednesday’s game against Sampdoria.

According to Daniele Longo of Calciomercato.com on Twitter, the new deal will see Milan earn 15% less compared to the previous agreement due to a lack of positive results on the field. The Rossoneri haven’t been in the Champions League for the last six years.