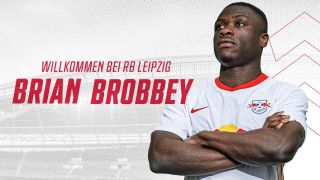 Official: Milan miss out as RB Leipzig confirm signing of striker on a four-year deal

Striker Brian Brobbey will not be joining AC Milan this summer as RB Leipzig have officially announced his signing.

Spanish source TF reported late last month that the Rossoneri contacted agent Mino Raiola to offer a contract to the Dutch teenager, however it is Leipzig who have won the race after all.