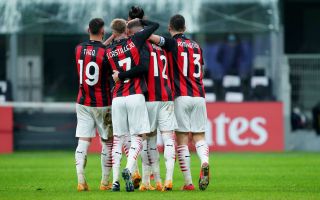 AC Milan boss Stefano Pioli has named his squad for tonight’s game against Napoli at San Siro, with three star players welcomed back from injury.

Milan will be without Calabria, Romagnoli, Bennacer, Ibrahimovic and Mandzukic for the game against Gennaro Gattuso’s Napoli at San Siro tonight, but Calhanoglu, Theo Hernandez and Rebic are back.

The latest news is that Ibrahimovic and Bennacer could be available for Thursday’s return leg against Manchester United as the Swede brought forward his medical check-up and he will try to recover to face his old team. Calabria and Romagnoli meanwhile absent not through muscle problems but from having taken knocks, so they are not long-term concerns either moving forward.