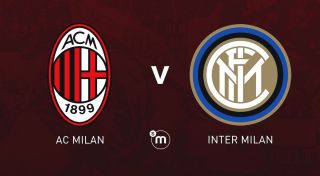 AC Milan boss Stefano Pioli has not sprung any surprises as he has named his starting XI for today’s huge game against Inter.

The absentees for Pioli to deal with will are Ismael Bennacer and Mario Mandzukic as both have muscle problems that they sustained during Thursday night’s draw in Belgrade against Red Star.

Gianluigi Donnarumma will have the centre-back pairing of Simon Kjaer and Alessio Romagnoli ahead of him, with Davide Calabria at right-back and Theo Hernandez at left-back in what appears to be Pioli’s first choice back four.

Due to Bennacer’s injury, Pioli has chosen the double pivot of Sandro Tonali and Franck Kessie. Behind the centre-forward Zlatan Ibrahimovic will be Ante Rebic on the left, Hakan Calhanoglu in the middle and Alexis Saelemakers on the right. Leao – unlike the last league derby – will start on the bench.