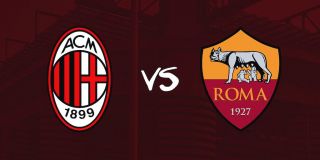 AC Milan boss Stefano Pioli has made a number of changes to his starting XI for the visit of Roma compared to the team that lined up against Celtic.

Pioli has been forced into one of the changes, as Ciprian Tatarusanu takes Gianluigi Donnarumma’s position between the posts after a statement on the club’s official website confirmed that Donnarumma, Jens Petter Hauge and three coaching staff members have tested positive for COVID-19.

Leo Duarte is back in the squad having recovered from Coronavirus and Hakan Calhanoglu is back from his ankle sprain, but Matteo Gabbia, Mateo Musacchio and Ante Rebic are all out injured.

Pioli has gone for a back four of Calabria, Kjaer, Romagnoli and Theo Hernandez in front of Tatarusanu, with Bennacer and Kessie the double pivot ahead of them.

Saelemaekers will start on the right wing with Leao on the opposite side, and Calhanoglu slots straight back in behind Zlatan Ibrahimovic.

Roma have opted to stick with a three-man defence and have the dangerous duo of Pedro and Mkhitaryan feeding talisman Edin Dzeko.