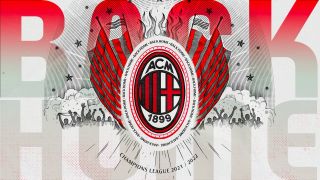 Official: Milan will reunite with Liverpool after being handed challenging Champions League draw

AC Milan have been handed a tricky group as the draw for the Champions League group stages was completed today in Istanbul.

Last season’s second-placed finish was the team’s highest since the 2011-12 season, but it also secured a long-awaited return to the elite competition of club football after a seven-year absence, with fans eagerly awaiting this day to discover who the Rossoneri get.

Milan knew that they would likely be given a challenging draw given that they were in Pot 4 despite having won the competition seven times, as such a long absence meant that the UEFA coefficient had taken a hit.

In Milan’s group – which is Group B – Stefano Pioli’s side were pitted against Liverpool, Atletico Madrid and Porto. Milan will therefore reunite with their old foes in Liverpool, will face a trip to the Spanish capital – the venue of their last Champions League game – and will play Portuguese heavyweights Porto.