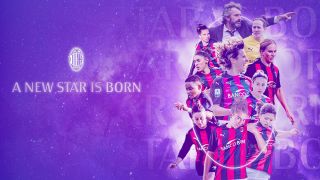 AC Milan Women have secured their spot in next season’s Champions League, thanks to a 0-0 draw against Sassuolo this afternoon. With just one game left, the Rossoneri are now three points clear of the Neroverdi.

This means Champions League for Maurizio Ganz’ side as they have H2H advantage on Sassuolo, having won the reverse fixture by two goals to nil. In other words, no matter what happens in the final round, Milan will finish in second place.

It’s an important achievement for the team (first time in UCL) and the men’s team could follow in their footsteps tomorrow evening as they will face Cagliari. With a win there, provided that Atalanta get at least a draw against Genoa, they will be secure.

Having both the men and women’s team in the biggest competition there is, is indeed a receipt that Milan are doing something right not just on the pitch, but also off it.

READ MORE: Milan could swoop for Barcelona-bound striker as contacts are frequent