AC Milan have officially announced that Massimiliano Mirabelli is the new Sporting Director at the club.

In a varied career which has seen him work as a consultant for Umbrian side Ternana, become a scout for Inter and spend a season at Premier League side Sunderland, he now takes on his biggest challenge as Milan look to return to the top of world football. 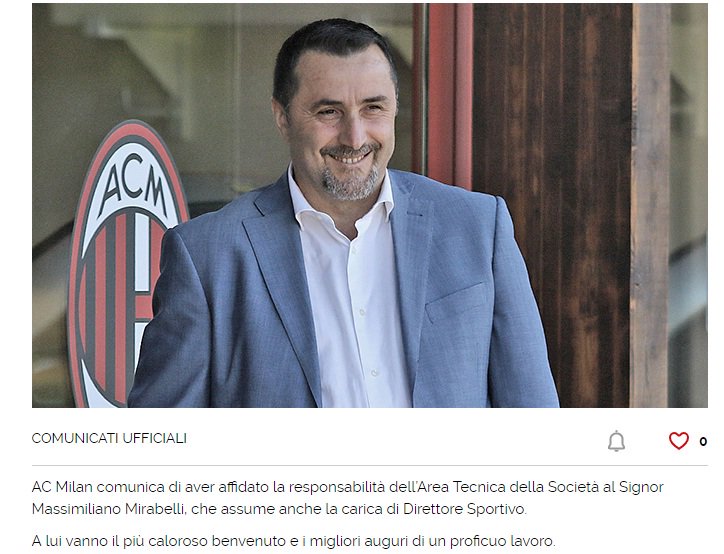