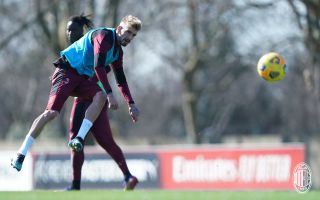 Stefano Pioli has only been able to name a 21-man squad for tonight’s game against Udinese due to injuries, it has been confirmed.

Milan will be looking to plant themselves even more strongly inside the top four places when they host mid-table side Udinese on Wednesday night. You can read our match preview here.

Below are the 21 players summoned by Pioli for tonight’s game, as confirmed by the official website, with the main headline being that there are two less players than usual with no Primavera players called up.