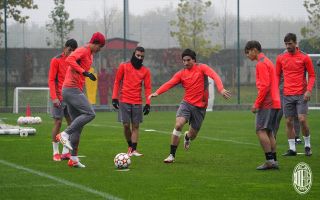 While Milan have won 10 out of 11 games in the league, their ventures in Europe have not gone to plan so far as they have suffered three defeats in a row, meaning tonight represents a do or die situation for Pioli’s men.

The absentees through injury should be Mike Maignan, Alessandro Plizzari, Junior Messias, Alessandro Florenzi and Ante Rebic. Yesterday came the news that Fode Ballo-Toure didn’t take part in Milan’s training session and he has indeed been left out of the squad. The Rossoneri need him ready for the derby on Sunday, seeing as Theo is suspended.

Below are the 22 players that Pioli has summoned for the game, as confirmed by the official website.