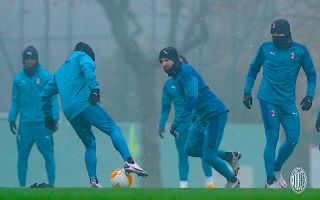 AC Milan head coach Stefano Pioli has named his 23-man squad ahead of the visit of Celtic to San Siro tonight.

Pioli will return to the dugout after a three-game absence due to Coronavirus and is expected to rotate his starting XI for the visit of Celtic. Milan know that a win against the Scottish side would be enough to see them through if Lille were to beat Sparta Praha in the group’s other game.

He has welcomed back winger Samu Castillejo and midfielder Ismael Bennacer after both missed Sunday’s 2-0 win over Fiorentina at San Siro due to muscle fatigue.

Below are the 23 players that have been called up for the game by Pioli, as confirmed on the official website…