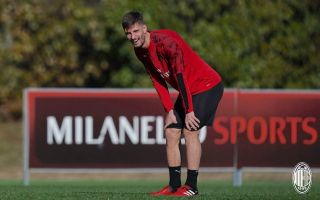 Official: Pioli names 23-man squad for Lille game – Calabria out but Gabbia is back

AC Milan boss Stefano Pioli has named a 23-man squad for Thursday night’s game against Lille in the Europa League.

Pioli has named the list of players called up for the game at San Siro, with the notable absentees being Davide Calabria who is struggling with a muscle problem and Alexis Saelemaekers.

Meanwhile, you can read our conversation with Ligue 1 expert Adam White here about what the Rossoneri can expect for Thursday night’s visitors, who are second in the league as things stand.