They will do so looking to put behind them their awful record against the top five teams so far this season, having amassed just one point (a 1-1 home draw with Napoli) against those sides.

Below is a list of the 23 players that Pioli has called up for the game against the Giallorossi, with Zlatan Ibrahimovic a notable absentee while Simon Kjaer is present… 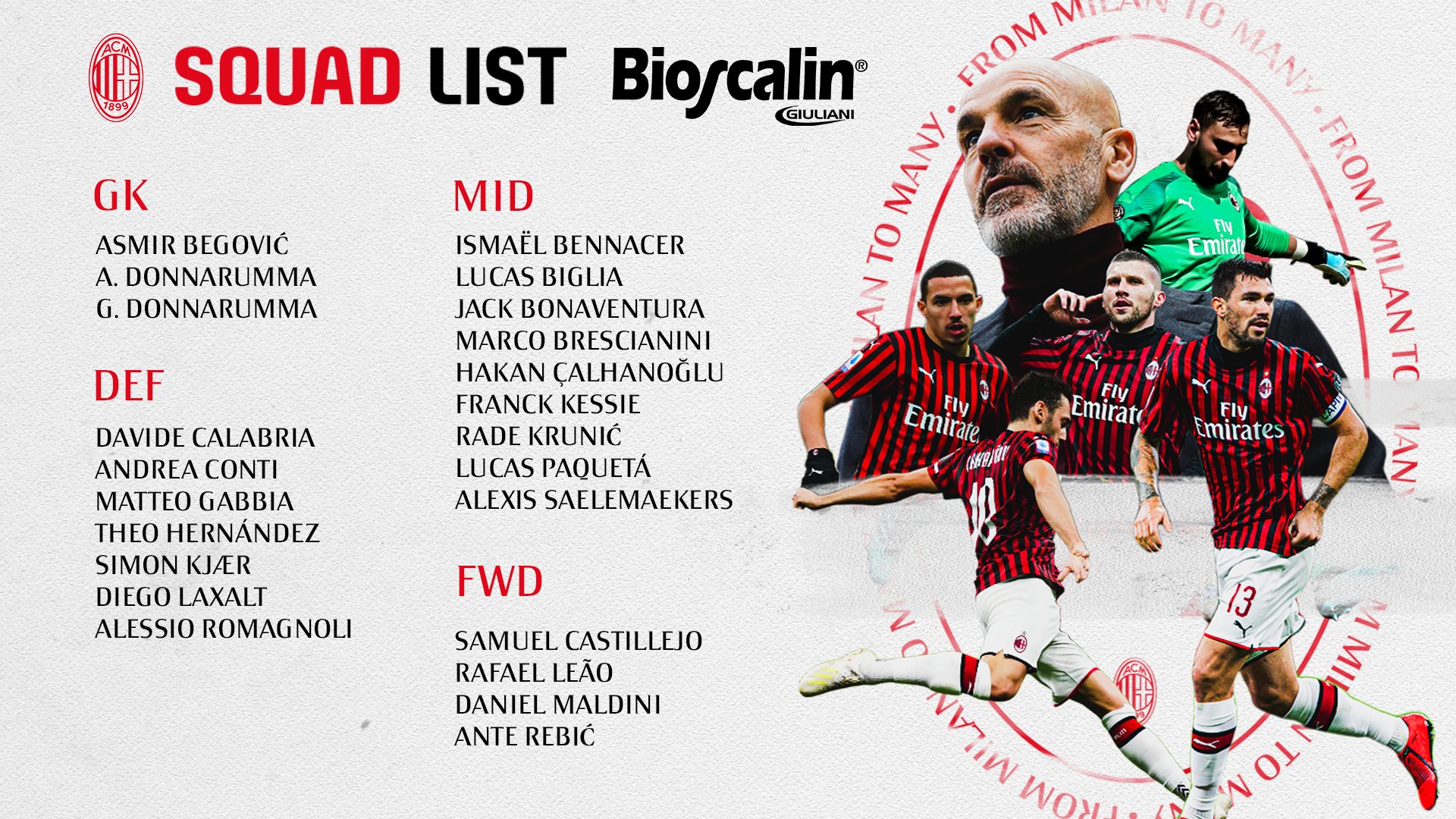