AC Milan boss Stefano Pioli has named his 23-man squad for the Rossoneri’s trip to face SPAL in Ferrara on Wednesday night.

The Rossoneri have played two and won two since league action returned; the first being a 4-1 drubbing of Lecce last Monday which was followed up by a pleasing 2-0 win over Roma at San Siro on Sunday.

However, as Pioli highlighted in his pre-match press conference, the hard work does not stop there as they team face another side battling relegation – albeit eight points adrift of safety.

Below are the 23 players that the Milan boss has called upon to try and make it three wins from three, with the most notable inclusion being that of Zlatan Ibrahimovic who could feature for the first time since early March… 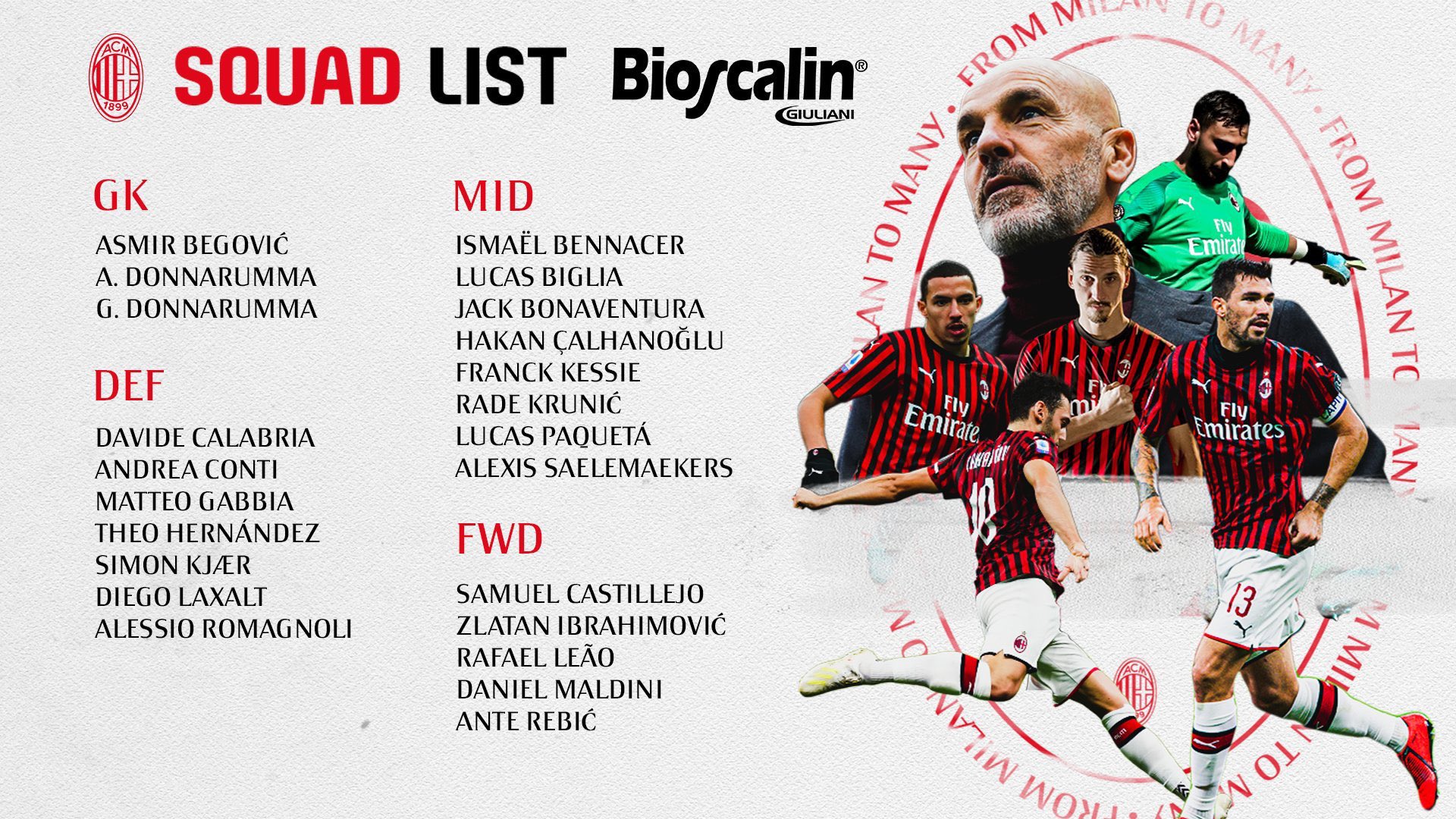