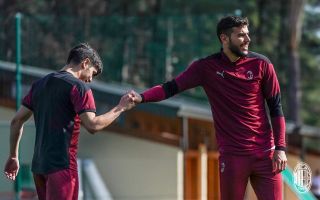 AC Milan boss Stefano Pioli has named the 23 players he has called up for today’s crucial game at the Stadio Olimpico against Roma.

Pioli’s men have indeed struggled to hit top form in the last few weeks and they will need to change the trend quickly. The race for a top-four finish is very close and three points against the Giallorossi would be massive for them. You can read our match preview here ahead of the game.

The most notable news is that Pioli has virtually a full compliment available to have aside from midfielder Ismael Bennacer and striker Mario Mandzukic, both of whom are still nursing muscle problems.