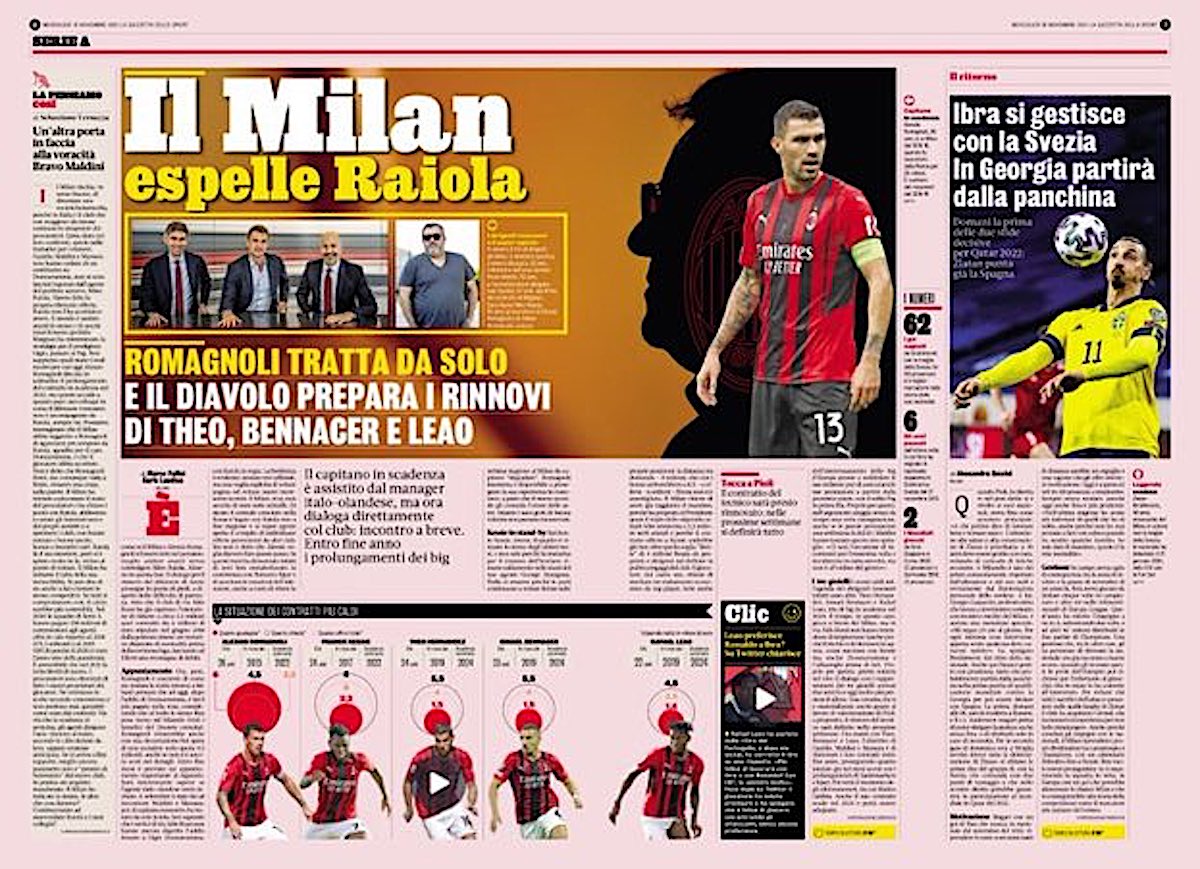 AC Milan have produced an official response to a story that came out earlier today regarding their relationship with agent Mino Raiola.

La Gazzetta dello Sport (via MilanLive) published an article in their paper today which specifically looked at Romagnoli’s situation, reporting that it was the player himself who has taken some steps to try and find an agreement with Milan.

They added that Mino Raiola, his agent, might not be at the next meeting during which the parties will clarify their positions because – after Donnarumma’s farewell – the relationship between Raiola and Milan is not exactly idyllic and Romagnoli could thus decide to try and handle talks alone.

MilanNews write that Milan have officially responded to the article published today by La Gazzetta dello Sport entitled ‘AC Milan expels Raiola’ by stating that ‘the Club maintains professional relationships with all agents, without any foreclosure’. An attempt, therefore, to calm the hysteria.