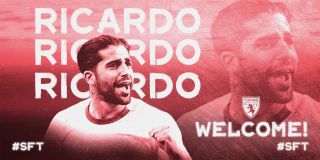 Torino have confirmed the signing of full-back Ricardo Rodriguez from AC Milan on a four-year contract.

A statement on the official Milan website confirms that the Rossoneri ‘have permanently sold the sporting performances of the footballer Ricardo Iván Rodríguez Araya to Torino FC’. The fee is widely reported to be €3m plus bonuses.

The club go on to wish the player the best for the upcoming seasons, with the Swiss international have departed after three years under contract as a Milan player.

Rodriguez arrived from VfL Wolfsburg in what was a very busy summer 2017 window for a fee believed to be around €15million plus €2m in bonuses (as per Wikipedia).

Across all competitions, Rodriguez ended up amassing four goals and five assists for AC Milan in 93 appearances.

He ended up falling behind Theo Hernandez in the left-back pecking order earlier this season and was loaned to PSV Eindhoven, but returned at the end of the season and has now managed to find permanent accommodation.

❗️ OFFICIAL: Ricardo Rodriguez has completed his move from #ACMilan to Torino.

🤝 Best of luck for the future, Ricardo!