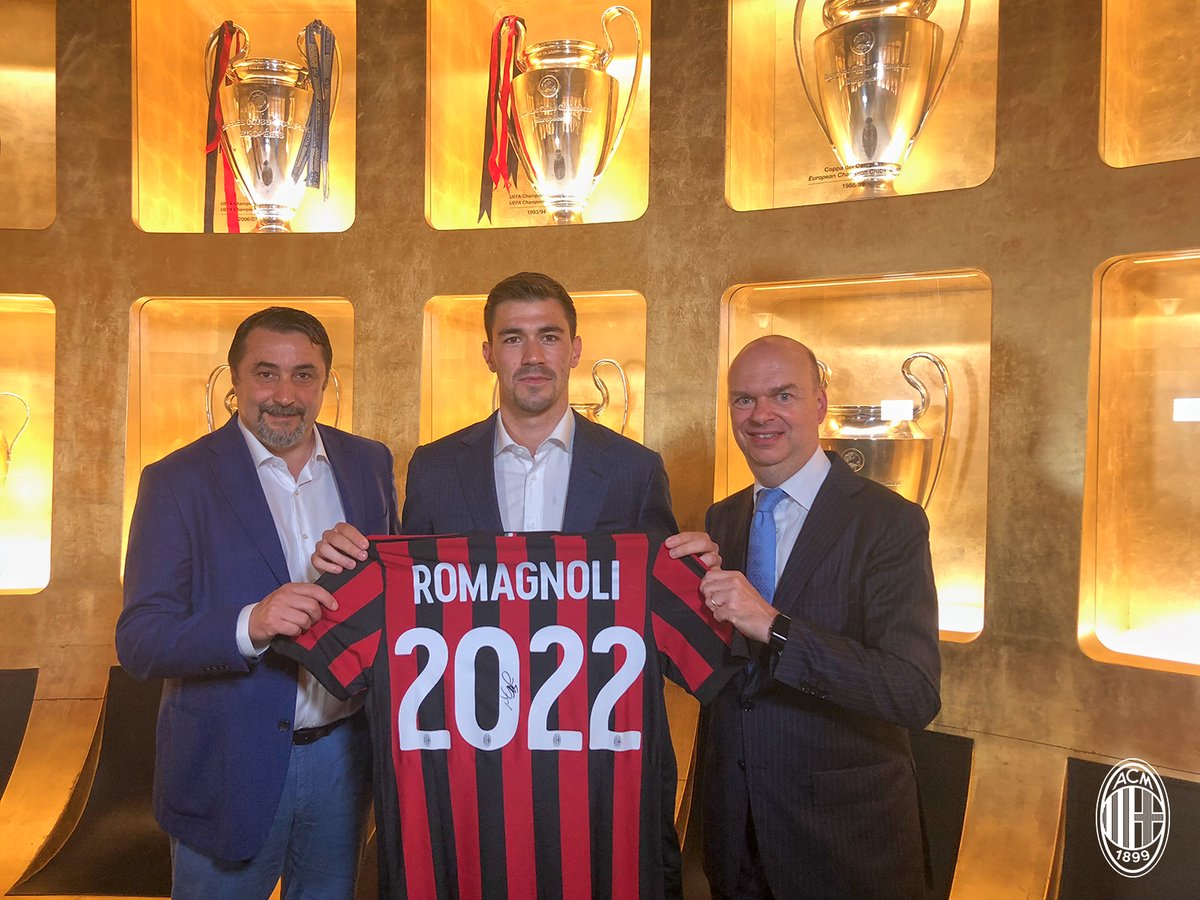 Recent reports had linked Milan’s Serie A rivals Juventus with an audacious move for Romagnoli, but the latest announcement confirms his future at the club.

The renewal was announced at the Mondo Milan museum via Facebook, with directors Massimo Mirabelli and Marco Fassone both present.

Fassone said: “We are here with Mirabelli and Romagnoli, and it is with pride and pleasure that we announce Alessio’s stay for another 4 years with an extended contract.

“The agreement was already made for weeks with the player and the agent and the season begins with the confirmation of a pillar for the future.”

Romagnoli arrived at San Siro from Roma in 2015 for €25m, and the Italy international has racked up over 100 appearances in red and black.