Giampiero Ventura has called-up six AC Milan players to the Azzurri squad for the friendly against France, and World Cup qualifier against Israel.

As expected, Gianluigi Donnarumma will make his debut in the Azzurri squad, making him the youngest Italian called-up in over 105 years.

Antonelli, Bonaventura, De Sciglio, Montolivo and Romagnoli have also been called-up by Ventura.

Here is the full squad: 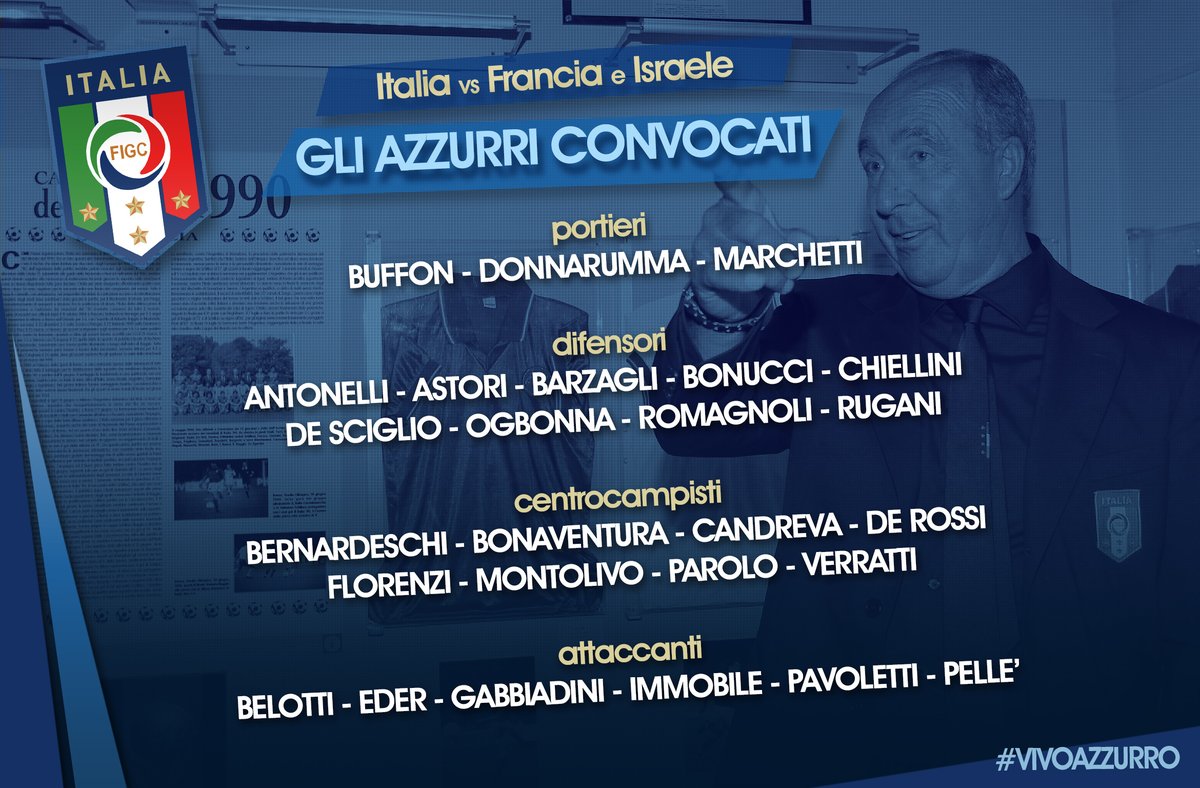