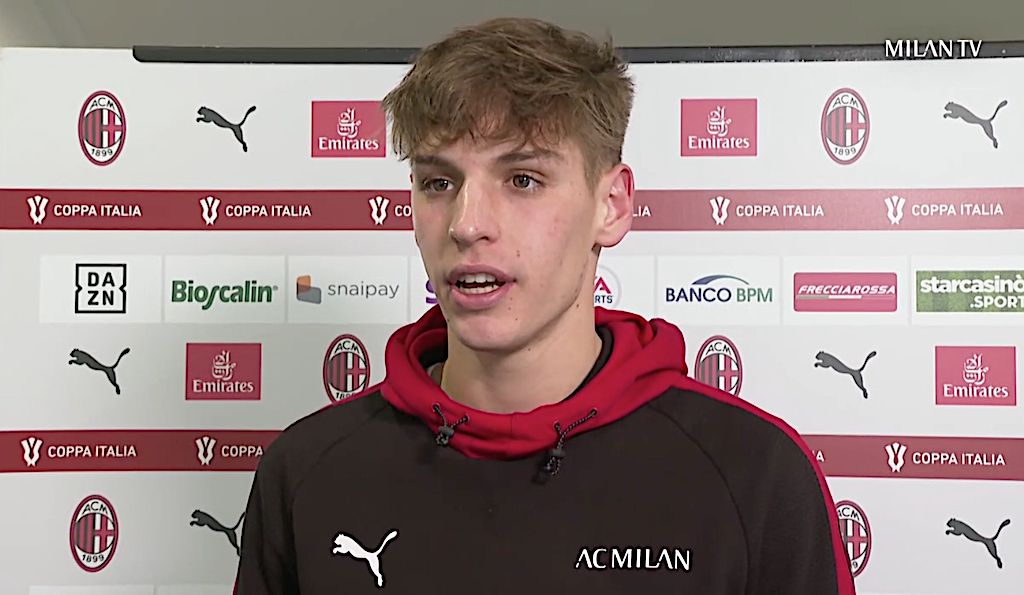 Olzer reflects on making Milan debut: “It was the culmination of a dream” – video

AC Milan playmaker Giacomo Olzer has revealed his delight at making his professional debut for the club having waited for a long time.

The Rossoneri got the job done from 12 yards in the end last night as they beat Torino 5-4 in a penalty shootout at San Siro to make the final eight of the Coppa Italia.

He spoke to Milan TV after the game and reflected upon the occasion of making his debut for his boyhood club.

“I was very excited. It was an evening I had been waiting for for a long time. It was the culmination of a dream because I was a Milan fan as a child,” he said (via MilanNews).

“It’s a starting point. I take inspiration from everyone. Calhanoglu has a great shot, Ibrahimovic has a great ball protection but all the Milan players have a very high level.

On comparisons and idols: “I have my uncle who is Atalantino and he compares me to Ilicic. My idol has always been Kaka and playing in the stadium where he played I must say I was very excited.”