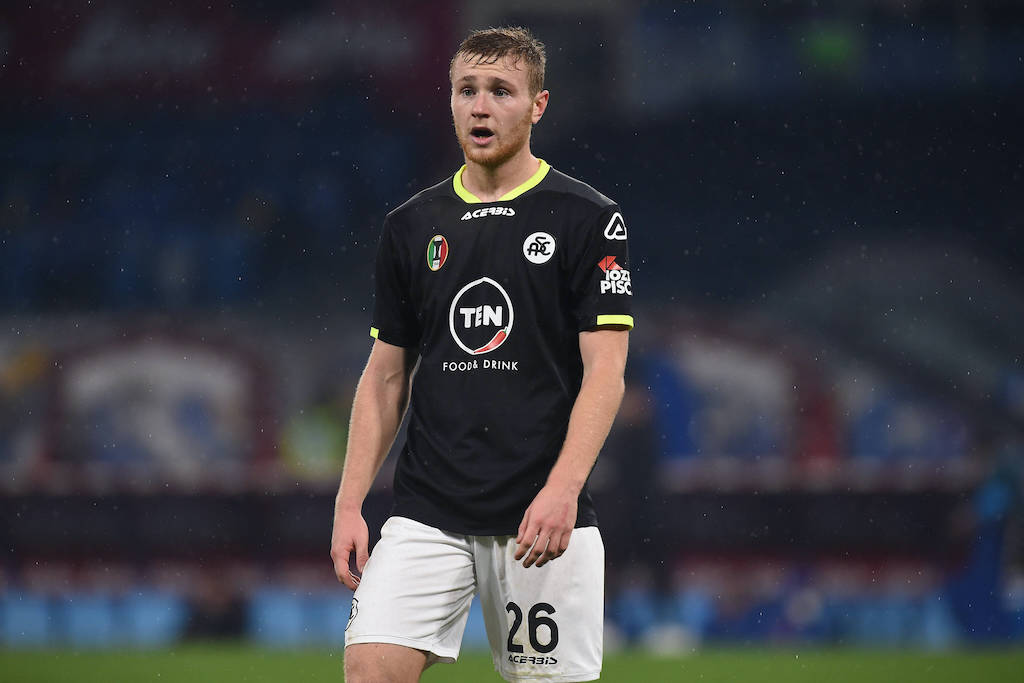 Midfielder Tommaso Pobega has once again declared that he sees his long-term future at AC Milan after his heroics against Napoli.

Spezia pulled off a shock on Wednesday as they beat Napoli 2-1 at the Stadio Diego Maradona and Pobega was the man who scored the winner late on.

He was interviewed by Radio Sportiva about his development at Spezia and his aims for the future.

“I hope I did Milanello a favour with the goal, but I’m very focused on Spezia. I am friends with many Milan guys. Every now and then I talk with Gabbia but not only him,” he said (via MilanLive).

“In the future it would be nice to be team-mates again. I think now it is important that I concentrate on improving in order to be ready to play for Milan too.”

On Gattuso, he added: “ He was fundamental for my growth. I couldn’t see him after yesterday’s match, but we hugged before.”

Pobega then continued talking about his decisive goal: “Yesterday I had the skill and the good fortune to find the penalty and be quick on the tap-in. The game against Napoli was a match in which we showed the work we do during the week.

“For now we are not thinking about the win, we are focused on survival and there are many points to win. I imagined that the level in Serie A was very high and it is. There are many teams that amazed me: I remember the first match with Sassuolo, a strong team that plays good football, very formidable.”