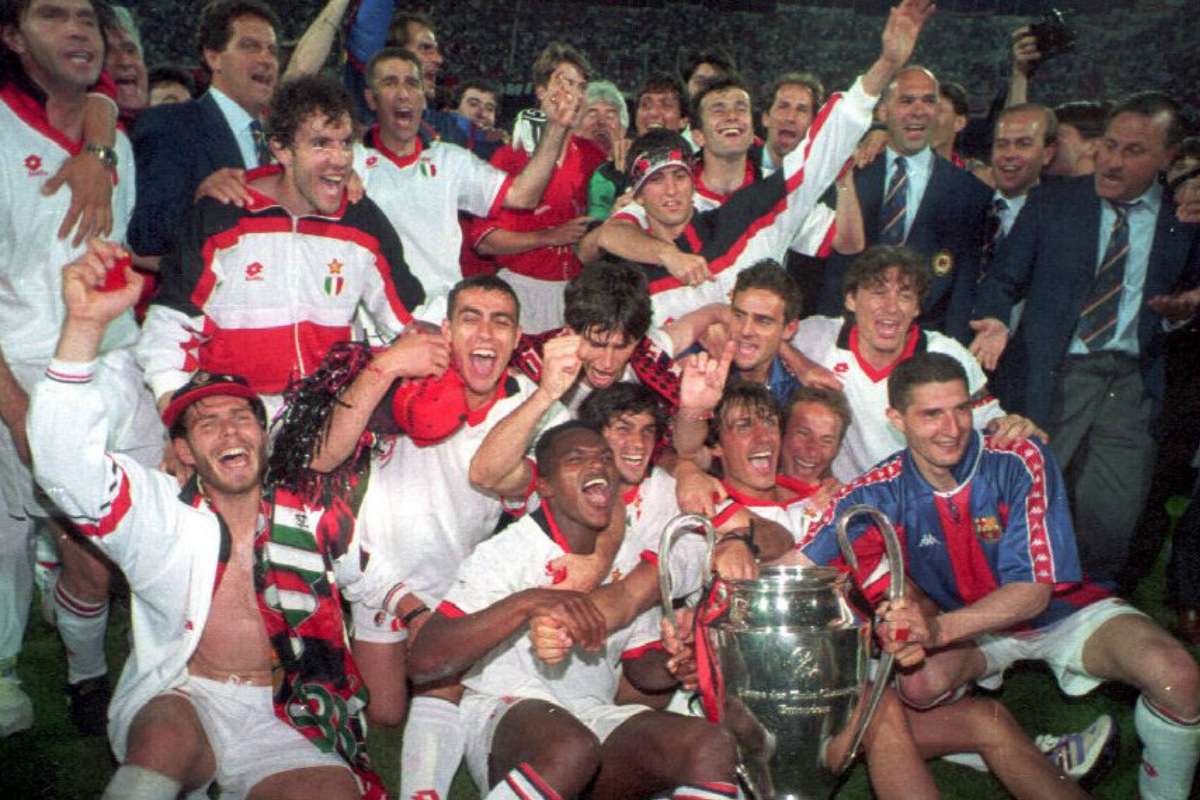 May 18 1994 is a date etched in the memories of so many AC Milan fans as the day that the club pulled off its biggest upset.

Dutch legends Ruud Gullit and Frank Rijkaard were no longer at the club while Marco van Basten was injured, as was the most expensive player in the world at that time in Gianluigi Lentini. Franco Baresi and Alessandro Costacurta were suspended, leading Milan to be regarded as huge underdogs.

Johan Cruyff is famous for remarking before the game that: “Barcelona are favourites. We’re more complete, competitive and experienced than [the 1992 final] at Wembley. Milan are nothing out of this world. They base their game on defence, we base ours on attack.”

How wrong he was. Daniele Massaro’s brace before half-time had the Catalan side stunned, and Dejan Savicevic’s ridiculous lob plus Marcel Desailly’s finish meant Milan were four up before the hour mark and coasted to their fifth European Cup/Champions League title.

🙌 Capello's #ACMilan side upset the apple cart against Cruyff's Barcelona, thrashing them 4-0 in the Champions League final in Athens.