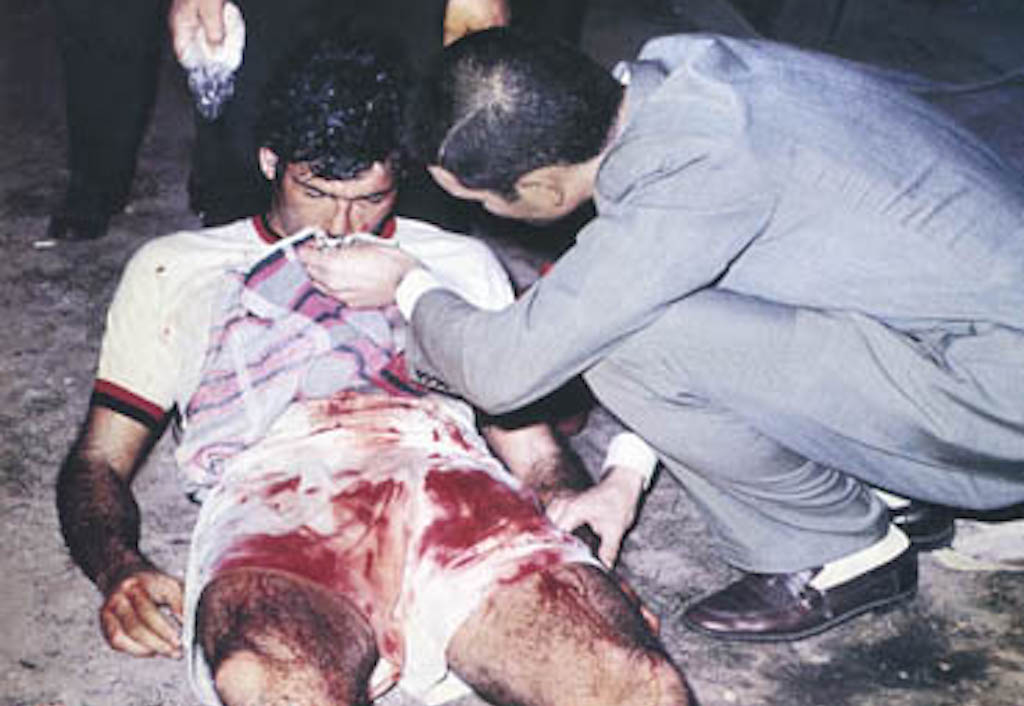 On This Day: Milan win their first Intercontinental Cup in brutal encounter – video

It is 50 years to the day that AC Milan captured their first ever Intercontinental Cup title in Buenos Aires.

On 22 October 1969, the Rossoneri lifted the trophy in the Argentine capital after an aggregate win over Estudiantes.

Milan won 3-0 in the first leg at home but lost 2-1 in a brutal return leg in which the home side tried to literally kick their visitors off the pitch, with reports that Estudiantes fans even threw hot coffee at Milan’s players.

Nestor Combin came off worst having received a split nose and busted cheekbone and being punched, and police even made an attempt to arrest him for not choosing to play for Argentina.

Alberto Poletti punched Milan’s “golden boy” Gianni Rivera, kicked Combin and had clashed with supporters after the match and was subsequently handed a life ban.

The match is considered to be the reason that European teams decided to boycott the tournament.

📅 On this day 50 years ago, #ACMilan won their first ever Intercontinental Cup against Estudiantes.