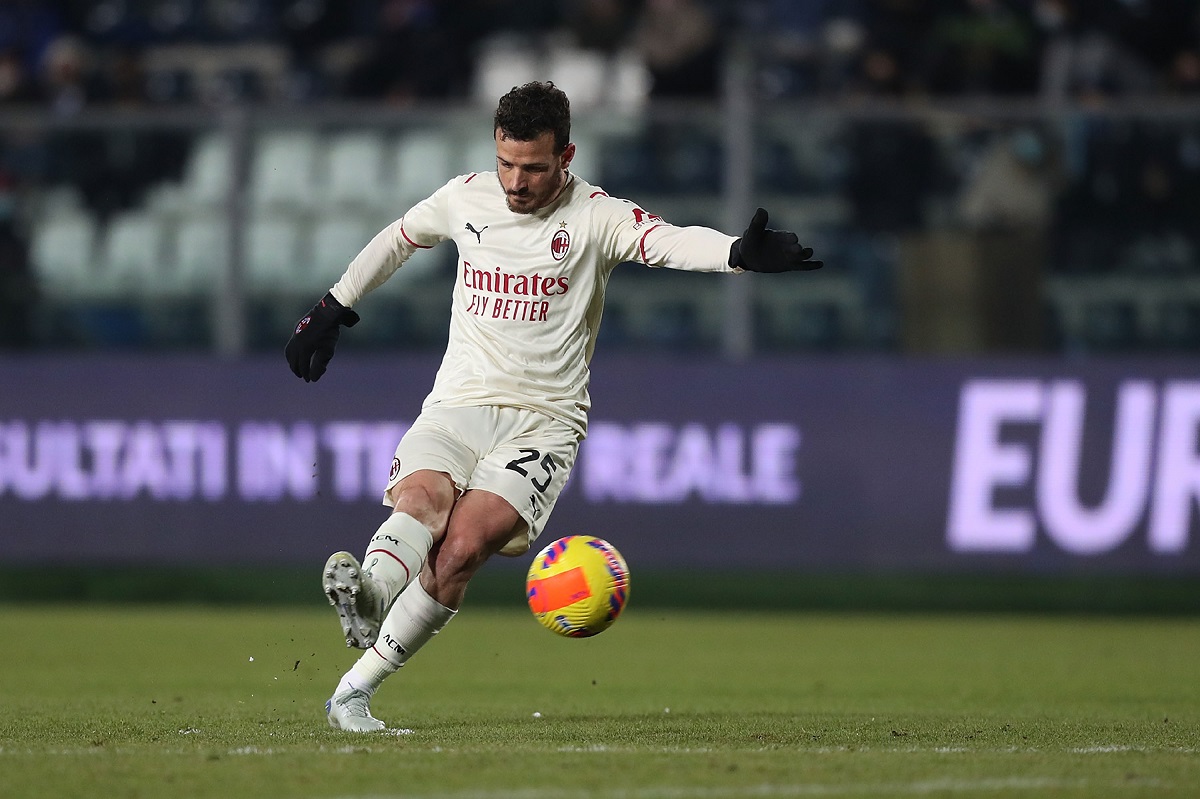 Alessandro Florenzi scored his first goal for AC Milan with a lovely free-kick against Empoli last night. And it turns out that wasn’t the only first for the right-back, who joined from Roma ahead of the season.

In fact, as reported by Opta (via MilanNews), it was Florenzi’s first goal from a direct free-kick in his career. The 30-year-old has played for the likes of Roma, Valencia and Paris Saint-Germain so you can imagine there has been competition for the set-pieces.

He’s been playing very well lately and it seems he’s growing, after what can be described as a difficult start (also due to an injury). With Davide Calabria on his way back, and Pierre Kalulu fighting for a spot, he will have to stay focused.

Milan have an option to buy which they can exercise at the end of the season, if they are satisfied enough with the performances of Florenzi.

READ MORE: A goal in Empoli to spark a surge – ingredients there for Theo to have an excellent 2022