AC Milan took care of business in Siciliy as they moved second in the Serie A table with a 2-1 win over Palermo.

Suso gave the Rossoneri a first-half lead, before Nestorovski replied with 20 minutes left.

However, Gianluca Lapadula became the hero when he back-heeled a Suso strike into the bottom corner to snatch the three points late on.

Who shone and who left a lot to be desired for Montella’s men?

Donnarumma (7): Despite failing to keep a clean sheet, Gigio put in a great performance to keep the opposition out as much as possible. Really looks much more mature than his age suggests and showed a few glimpses of leadership and responsibility.

Abate (6.5): The captain of the Rossoneri had a decent game at the right side of defense, contributing both at the back and in attack. Ignazio might have his moments and might be inconsistent but he truly knows what it means to be playing for the shirt.

Paletta (6.5): Though his actions might be risky at times, Gabriel Paletta was pretty solid at the back and his clearances and tackles were well executed. The 30-year-old made a very crucial block on what could’ve been a Palermo goal.

Romagnoli (7): Alessio put in a solid performance at the back for the away side with crucial tackles and clearances. He really is the future of our defense and we hope it all gets better as we progress.

De Sciglio (6): An up and down game for Mattia De Sciglio, who defensively wasn’t really at it but did contribute up front with good passes and runs. His cross caused the mess in the opposition defense which led to the first Milan goal.

Kucka (5): The Slovak had a poor game this time. He hasn’t really looked in his game and lost possession too often with bad passes and dribbles. Really didn’t contribute as much as usual.

Locatelli (6.5): Young Manuel seems to be growing game by game after another good performance. He looked calm and in control on the ball and made good passes and wonderful tackling in defense.

Pašalić (6): Getting his first start for the Rossoneri, the young Croatian looked pretty decent. Mario made a few good passes and tackles and came close to scoring a goal. 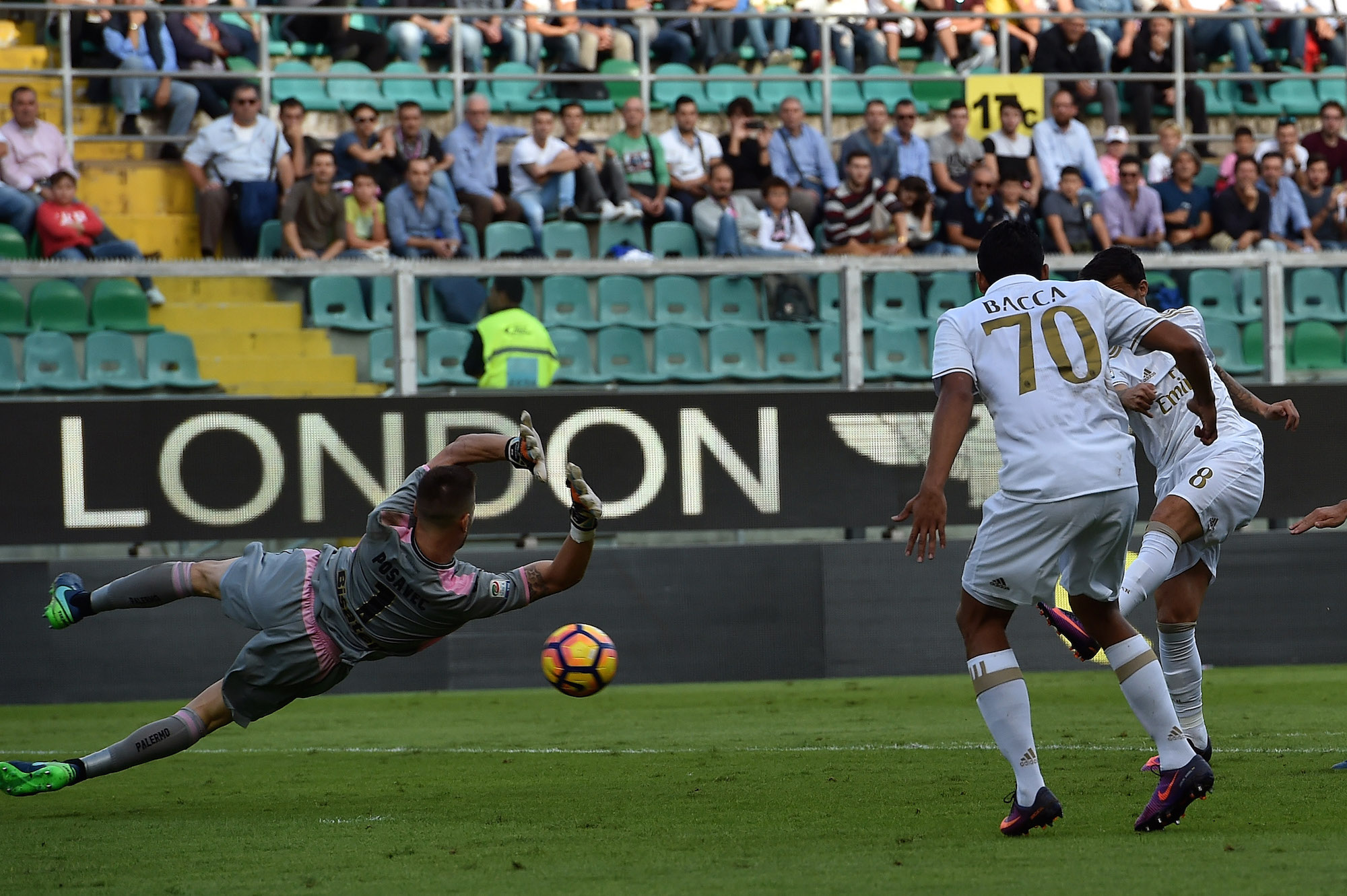 Suso (8 – MOTM): The Spaniard put on a fine performance and got his second goal of the season with a fine finish after taking advantage of a defensive miscommunication as well as his fourth assist of the season.

Bacca (5): Another lacklustre performance from the Colombian who’s now went 5 games without a goal. Hasn’t created any chances of his own and had poor ball control and dribbling.

Bonaventura (6.5): Giacomo got his second assist of the season poking the ball towards Suso after a howler from the Palermo keeper. The Italian had a good game creating a few chances for the Rossoneri.

Fernandez (5.5): Making his first appearance in red and black after suffering an injury that kept him out of action since joining the Rossoneri, Mati looked a bit rusty, but hopefully with time we will witness the best of the Chilean.

Poli (N/A): Probably not the best of decisions turning to Andrea Poli while the scores are level and looking for a win, but the Italian midfielder did his part and added a bit of energy to the away side. 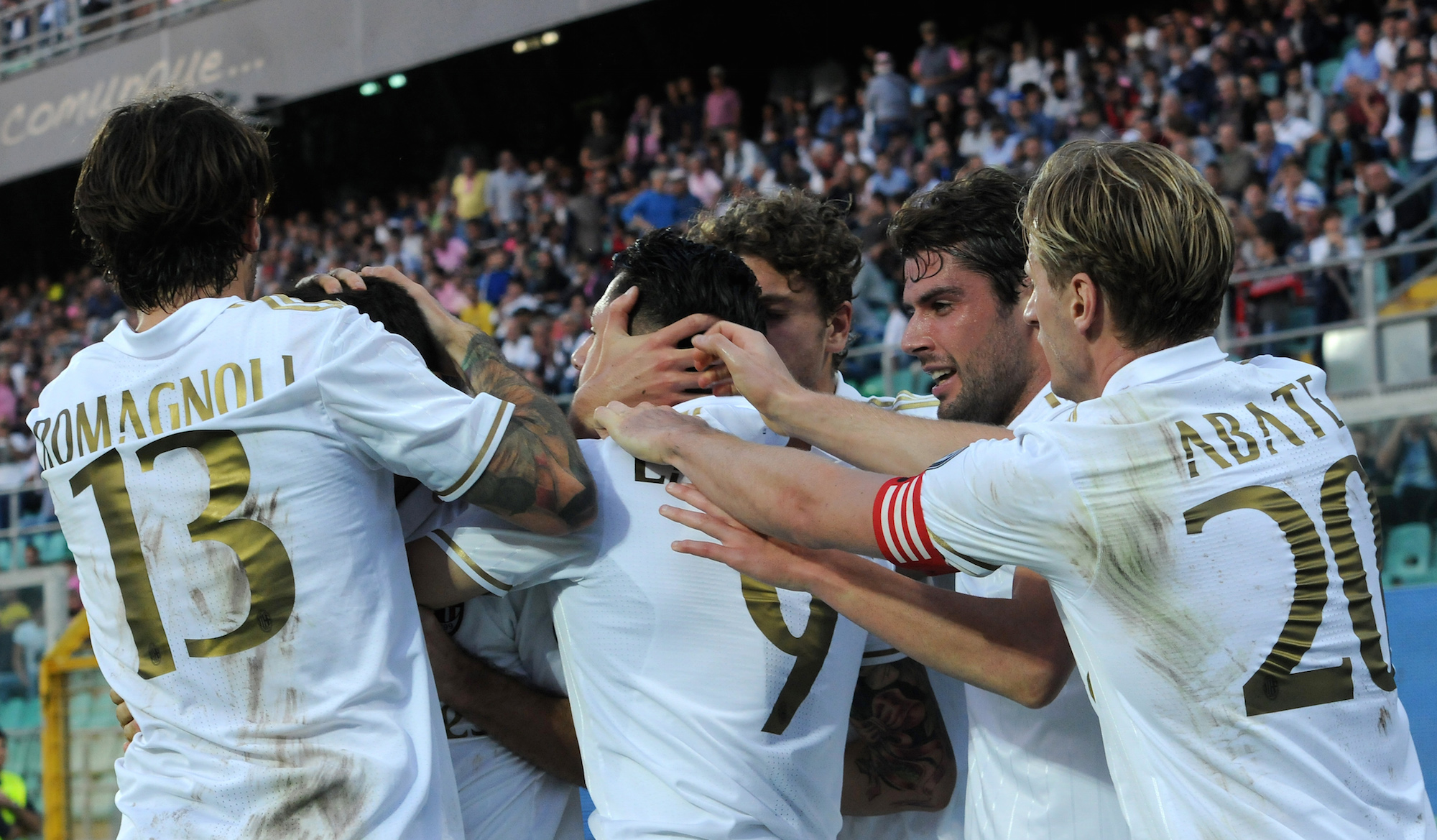 Lapadula (7): Coming on late for an out of form Carlos Bacca, Gianluca Lapadula scored the winning goal, his first goal for the Rossoneri, with a wonderful back heel.

Montella (6): A few questions were asked of coach Vincenzo’s decision to take off Pašalić, for Mati, and bring on Poli, for Kucka, but it worked out in the end as the Italian tactician picked up another crucial 3 points with the away side.