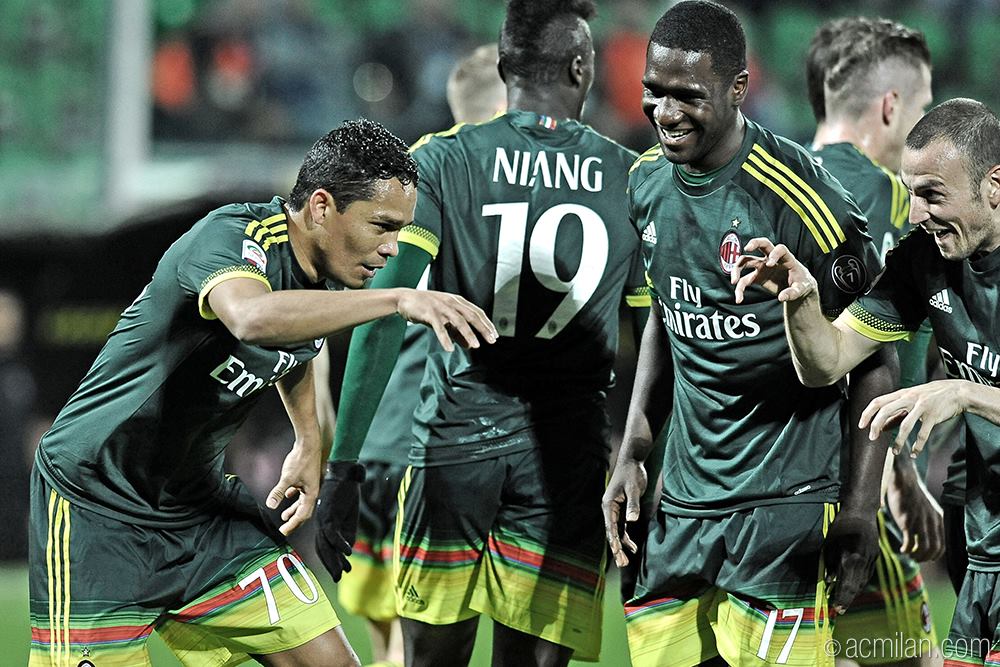 8 – Donnarumma: The 16-year-old goalkeeping talent was rarely called upon to make any important saves but when needed dealt with any threat and did well to control his area, getting his sixth clean sheet for the Rossoneri this season.

7 – Abate: Getting the assist for the first Milan goal with a wonderful low cross, Ignazio had a good game making quick sprints up the right flank causing problems for the opposition.

7 – Zapata: Cristian had a decent game and was pretty solid as opposed to recent shaky performances by the Colombian center-back.

8 – Romagnoli (MOTM): The young center-back, once again showing his worth, has been a wall at the back, barely giving the opponents any opportunities and making crucial clearances.

7 – Antonelli: Luca had a great game on the left side creating chances for the attack and defending well. He hasn’t really been troubled by the opposition.

6 – Honda: The Japanese international was pretty quiet for most of the match and hasn’t made much of an impact on the game.

7 – Kucka: Juraj was a tank in the midfield running back and forth from box to box throughout the game. The Slovakian has been putting in some fine performances for the Rossoneri this season.

5 – Montolivo: Il Capitano didn’t really have a good game. His performance was quite lackluster and it ended with him being subbed off for Bertolacci early in the second half.

7 – Bonaventura: Though not being on the scoresheet or getting an assist, Jack caused problems for Palermo’s defense and midfield and also tracked back to stop any attacking threat from the opposition.

7 – Niang: The young Frenchman got his fourth Serie A goal of the season, converting from the penalty spot to get the Rossoneri’s second goal of the game.

7 – Bacca: The Colombian striker had a great chance at goal missed earlier in the first half but nade no mistake in his second, scoring the first goal for the Rossoneri and his 12th of the season. 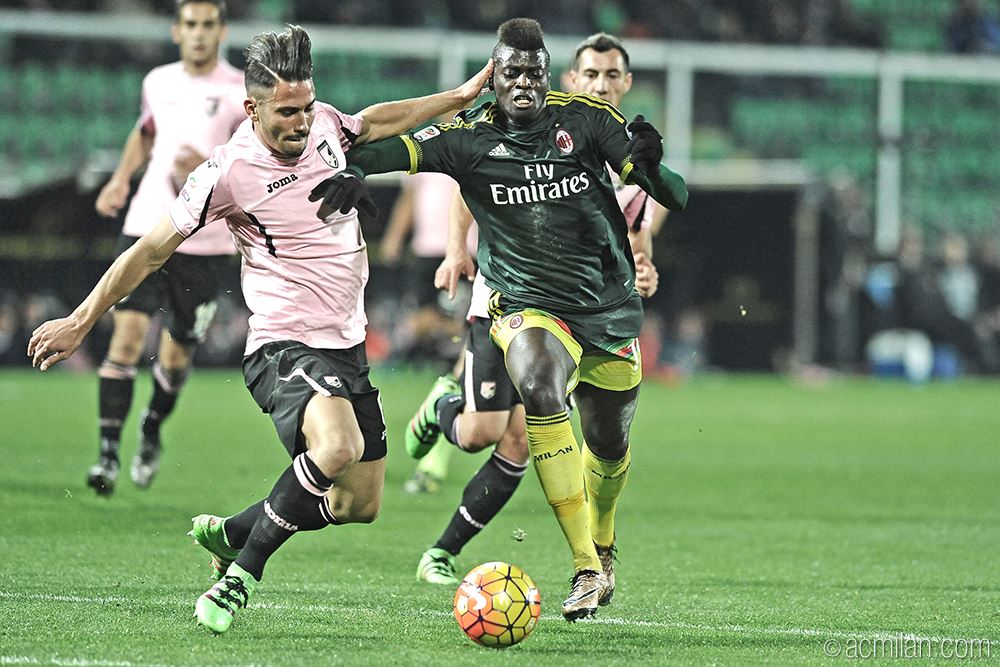 6 – Bertolacci: Coming on for a disappointing Montolivo, Bertolacci added more pace and energy in the midfield and contributed offensively and defensively.

N/A – Balotelli: Super Mario came on later in the second half and came close to scoring a screamer besides a little showboating. The Italian didn’t really do much other than that and avoided getting the usual booking.

N/A – Poli: Andrea came on late in the second half to add stamina in the midfield and help out defensively.

8 – Mihajlovic: Coach Sinisa did a great job keeping the team focused and not taking Palermo lightly. His tactics and substitutions were good, though he could’ve maybe brought Jose Mauri on towards the end of the match.