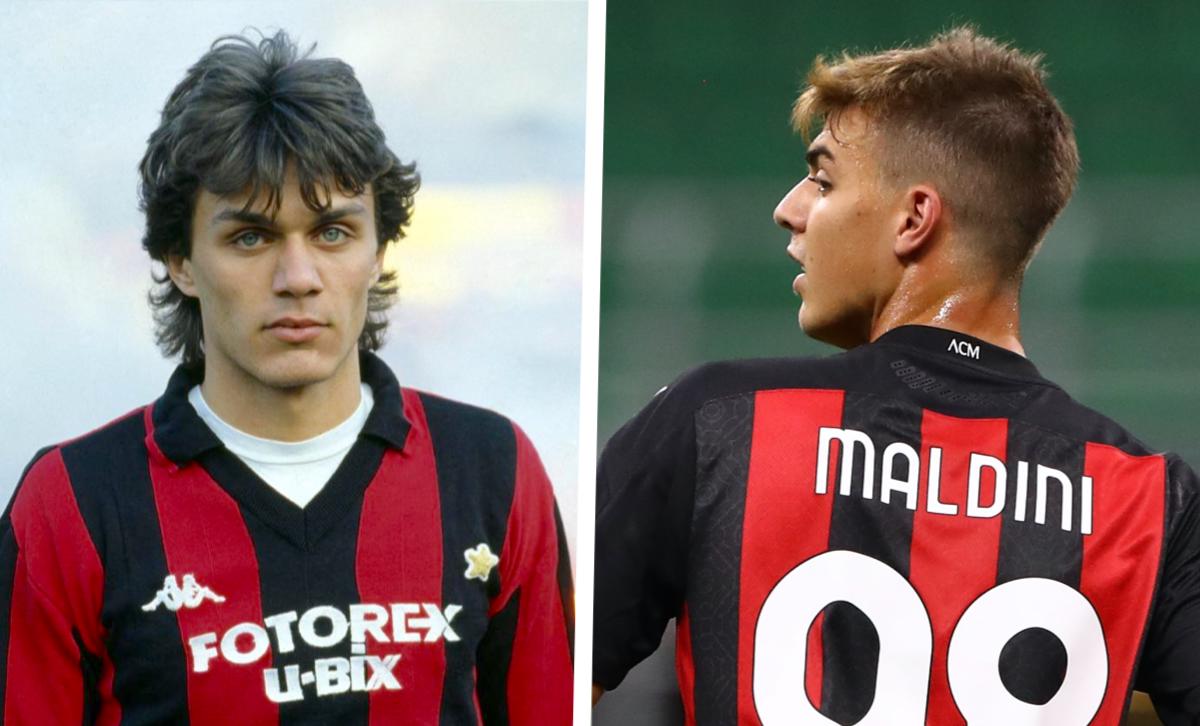 Daniel Maldini will make his first Coppa Italia start for AC Milan tonight against Genoa, and he will mirror what his father Paolo did 37 years ago in the process.

La Gazzetta dello Sport writes how it was back on 21 August 1985 that Paolo Maldini took the field from the first minute for the first time in the Coppa Italia against Genoa, and tonight his son Daniel will play his first cup game with the Rossoneri against the Ligurian side.

Back in 1985, Paolo was just 18 years old and had only one appearance for the senior side which had come in the previous season against Udinese. Manager Nils Liedholm put him at left-back in a game that ended 2-2, with an own goal from Mileti and a goal from Virdis.

Interestingly it was Mauro Tassotti who was at right-back for that game, and he will be at San Siro tonight albeit as Andriy Shevchenko’s assistant.

The main story though is that after more than three decades it will be the turn of Paolo’s son, a player that head coach Stefano Pioli has always seen the positives in: “Daniel works well and is growing, compared to last year he is more complete.”

Of course the 20-year-old is not a regular starter yet and as a result he is not one of those who makes the real difference, but in some situations he can help, as seen with his first goal for the club against Spezia in September.

So far he has played fleetingly, with 5 minutes against Cagliari, a couple against Juve, 59 minutes against Spezia, 45 minutes in the comeback against Verona, 10 minutes Udine, 3 more against Roma and 17′ against Venice, combined with 20′ in the Champions League between Liverpool and Porto.

Ten games and a goal in 157 minutes, but tonight another start arrives and a fresh opportunity to impress.

READ MORE: A first in 40 years and free-kick kings – All the key stats ahead of Milan vs. Genoa