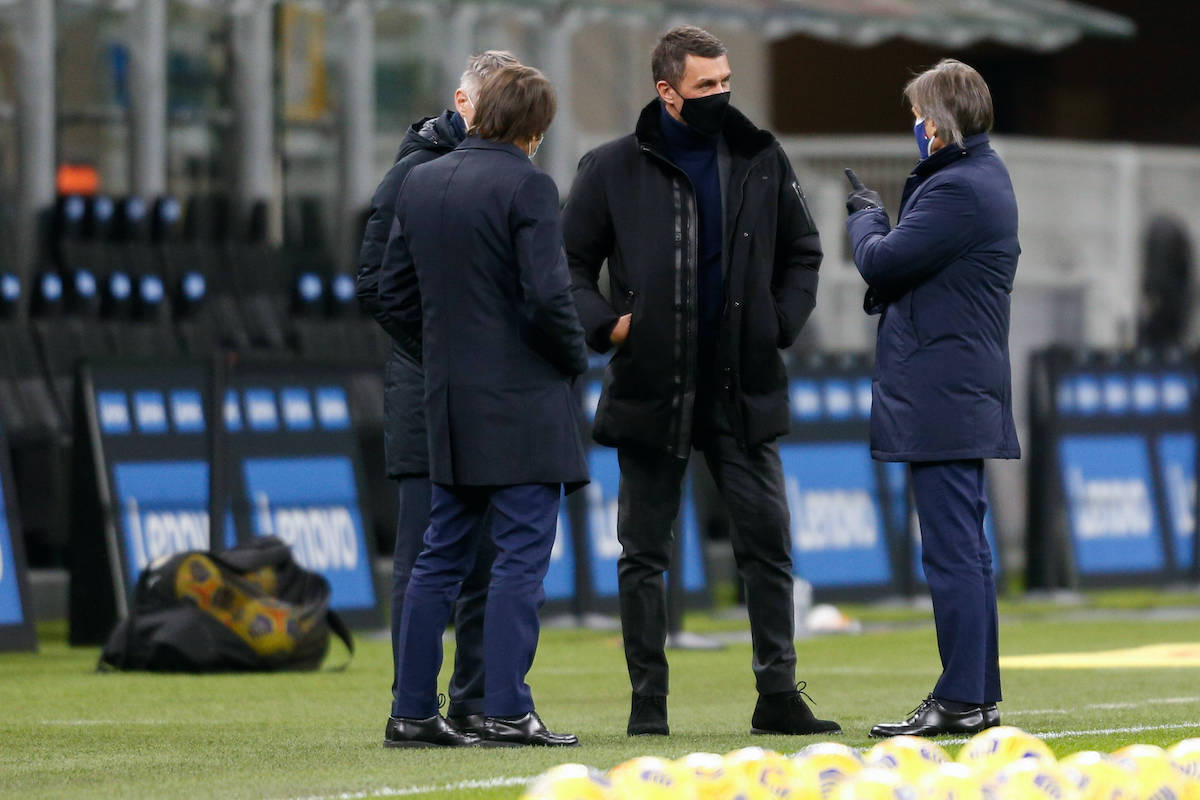 AC Milan technical director Paolo Maldini has insisted that Zlatan Ibrahimovic is calm and ready to make an impact again after the incident in midweek.

It was certainly not an evening without incident at San Siro as Ibrahimovic got into a heated altercation with Lukaku which saw the pair come head to head and exchange some very personal insults.

Both players were awarded yellow cards for their part in the incident, which saw them come head to head and exchange a barrage of abuse at one another.

Maldini spoke to Sky Italia before the game against Bologna, with his words transcribed by MilanNews and translated below.

“It happens to fight, ugly to see, but it has to end there. We are ready to defend our player in any way if racism were to be at stake. He defended his teammates attacked by Lukaku,” he said.

Fabrizio Romano told us yesterday that there is optimism regarding the renewal of Gianluigi Donnarumma, and Maldini suggested talks will resume soon.

“We talk. I think we have frozen for a moment the thing for the market that has seen us protagonists within certain parameters agreed with the owners. We have two competitions and we have the team to get to the bottom.”

On Tomori: “Physically I think it can make a difference. He has the ability to attack and to play in a four-man defence. I think that at this moment football is going one-on-one, but he also manages to play with defensive compactness. He played little, this is true.”

On Daniel Maldini: “Braida stormed me with calls for Colombo, and in fact he went there. But on a temporary level because we strongly believe in him. He didn’t ask me anything about Daniel.”

On the Scudetto: “We will only win if we score 43 points as in the first leg, I think that would be enough. Today we are stronger, more complete as a rose and we have more awareness. But we have no pressure.”