Gianluigi Donnarumma is close to agreeing a deal with a fixed release clause, while Milan have hope for Aubameyang according to Friday’s papers. 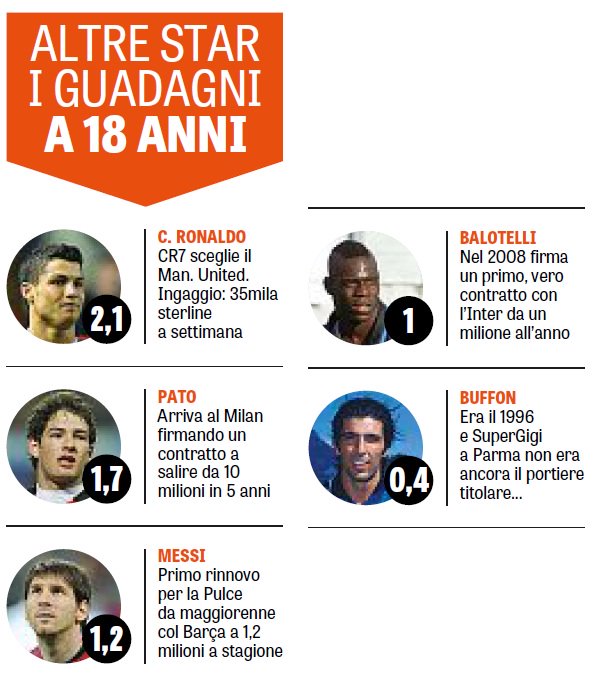 Donnarumma is set to earn €6m/year with Milan at 18, here is what other stars used to earn at the same age (right).

Tianjin Quanjian have closed a deal for Anthony Modeste, thus giving up on signing Aubameyang. Milan have hope now.

Kalinic’s agent Erceg and Ramadani (close to Fiorentina) are in Milano. New contacts are expected soon.

Antonio Donnarumma should arrive in Milan in the coming 48 hours to undergo his medical for Milan.

Gianluigi Donnarumma has a release clause set around around €70-80million, which does not depend on Champions League qualification.

Gigio Donnarumma is currently on holiday in Ibiza, but Milan hopes that it can anticipate the return in Italy to sign the renewal contract by this weekend.

Gianluca Lapadula is taking his time with negotiations with Genoa, while M’Baye Niang is still on the market but no concrete offers have been received.