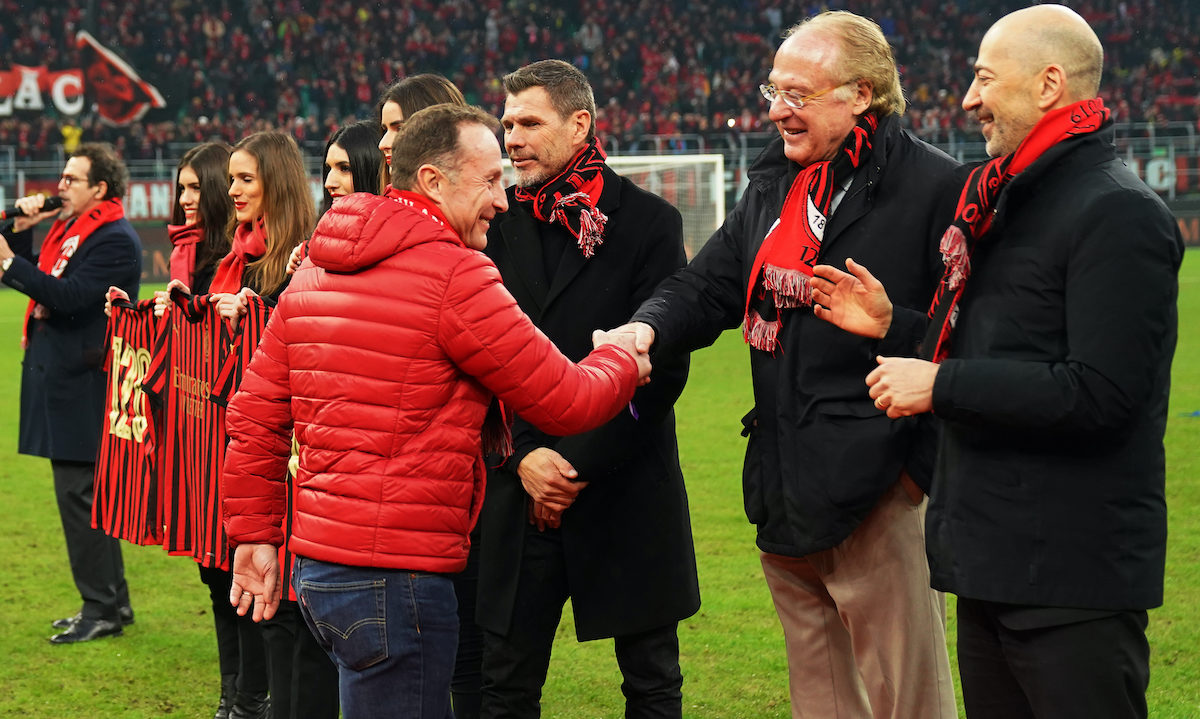 Former AC Milan striker Jean-Pierre Papin has praised the club for their capture of Olivier Giroud, claiming that the team should be targeting the Scudetto.

Papin is a man who knows all about what it means to be a striker at the highest level. He was named the 1991 Ballon d’Or winner and achieved plenty of success playing for Marseille between 1986 and 1992, before later playing for Milan, Bayern Munich, Bordeaux, Guingamp and others.

Not only that, but the Frenchman also played 54 times for his country and won 13 major honours at club level, including Serie A twice with Milan and the 1994 Champions League. In a 17-year career he scored nearly 350 goals in over 620 matches.

Papin spoke during an interview with La Gazzetta dello Sport that was centred around the arrival of his compatriot Giroud, but he also touched upon a number of other subjects, with his comments transcribed by PianetaMilan and translated below.

On Giroud speaking of him as an idol: “I thank him and I confirm, he had confided it to me in Russia, with the World Cup in his hands.”

On what Giroud will bring to Milan: “First, the goals: Olivier knows how to score. Then, experience and weight: he is an area man like there are no more. I know that the fans suffer because so many ‘9s’ at Milan have failed recently: maybe they weren’t real strikers. Giroud is.”

In Giroud paired with Zlatan Ibrahimovic: “When you have two strikers like this, you start from a certainty: something will happen, a cross is enough to create a mess. Giroud can play in pairs with another first striker or alone, supported by two winger wide. It opens up spaces, improves the manoeuvre. It’s a great signing.”

On Giroud’s age: “He is incredibly hungry. If he chose Milan and Serie A it is because he wants to do great things.”

On the comparison between him and Giroud: “We are similar by instinct and coordination. I was faster, but Olivier doesn’t need it: he’ll take advantage of Milan’s speed of dribbling.”

On advice to give to Giroud: “You learn Milan’s language and way of playing, but there will be no problems. He adapts easily to the characteristics of his team-mates.”

On whether Milan must aim for the Scudetto: “Of course. Milan can’t have intermediate goals, they will fight for the title. Making their way to the Champions League is more complicated, it’s a difficult tournament. But the important thing is to play it and do it with continuity.”

On Mike Maignan: “He is an excellent goalkeeper, if Lille won the league they owe it also thanks to his great saves.”

On Gianluigi Donnarumma who chose PSG: “He went to a club of stars, but it won’t be easy. Their obsession is the Champions League. If they don’t win it…”

On Fodé Ballo-Touré, Milan’s new signing: “A box-to-box sprinter. He hit me when he was at Lille; at Monaco he found less space and struggled a little.”

On the possible call-up of Theo Hernández for the 2022 World Cup: “I would bring him. In Italy he has grown a lot. But it is also true that in that role we are well covered.”

On Milan’s prudent strategy in the transfer market: “It’s the right path. And my friend Paolo Maldini does an excellent job. He chooses talents with a future as champions.”

On the possible attacking midfielder for Milan: “Nikola Vlasic, Hakim Ziyech or Marcel Sabitzer? Ziyech would bring what is needed for the Champions League. Big stage player.”

On Stefano Pioli: “He is the right man for Milan. He brought them back to the top and raised the level of many elements of the squad, I’m thinking of Franck Kessié. Pioli just has to win: but that takes time and patience.”

On the race for the Scudetto in Serie A: “Open fight between Inter, Juventus, Rome, Naples, Atalanta, which I have followed with admiration for many years, and of course Milan. Do you need me to tell you who I will support?”