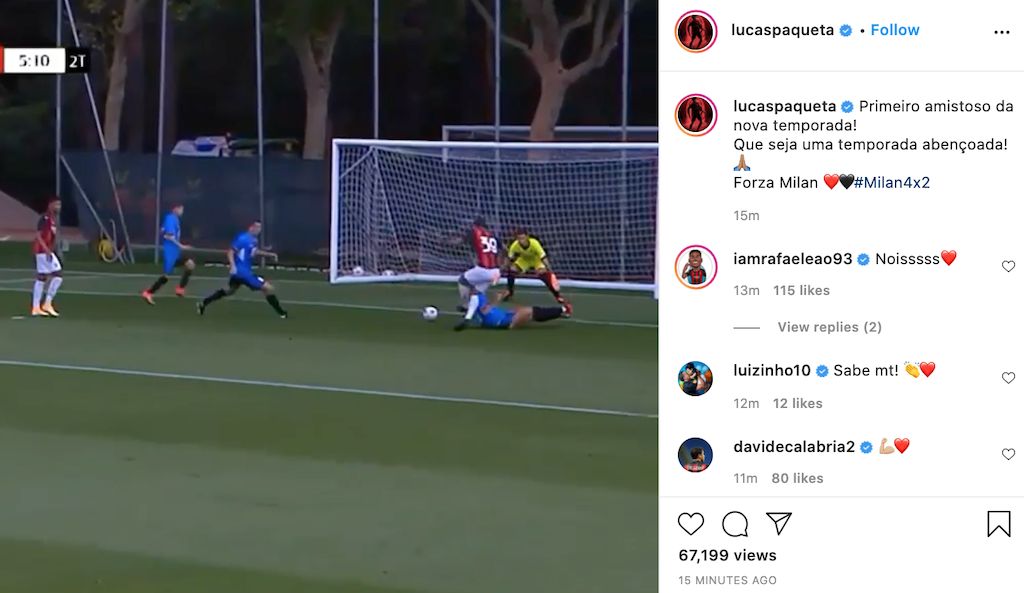 Paqueta hints at stay despite exit talk: “May it be a blessed season! Forza Milan” – photo

AC Milan midfielder Lucas Paqueta has seemingly shown his desire to stay and fight for a place at the club despite the speculation over his future.

Paqueta has been repeatedly linked with a possible summer exit as he was one of the only Milan players who didn’t have a surge in form post-lockdown.

There have been rumours that his future is away from the club, but he put that to one side on Wednesday evening, scoring twice to lead a comeback against Novara.

He took to Instagram to post the following message: “First friendly match of the new season! May it be a blessed season! Forza Milan.”