AC Milan failed to grab all three points against Parma in the early kick-off as Alves cancelled out Castillejo’s header with a brilliant free-kick at the end.

The first chance of the game fell to the home side, after Gervinho used his pace to brilliantly set up Ceravolo. However, Donnarumma came off his line to make a strong challenge on the striker, winning the one-on-one.

Parma continued to look bright in the first period of the first half, looking the more dangerous side between the two even though Milan had a lot of possession. In the 18th minute, former Milan man Kucka attempted an overhead kick, which just went wide of the post.

It took Milan 27 minutes to get their first chance of the game, and you could argue that it was more of a half-chance. Suso managed to find Borini in the box but the cross was just a tad high, and the winger failed to get his header on target.

Donnarumma was called into action once again in the 39th minute, making a fine stop on a Parma corner. The rebound, however, perhaps should’ve been converted by Gervinho, who instead skied it. The scores remained 0-0 heading into the break, therefore. 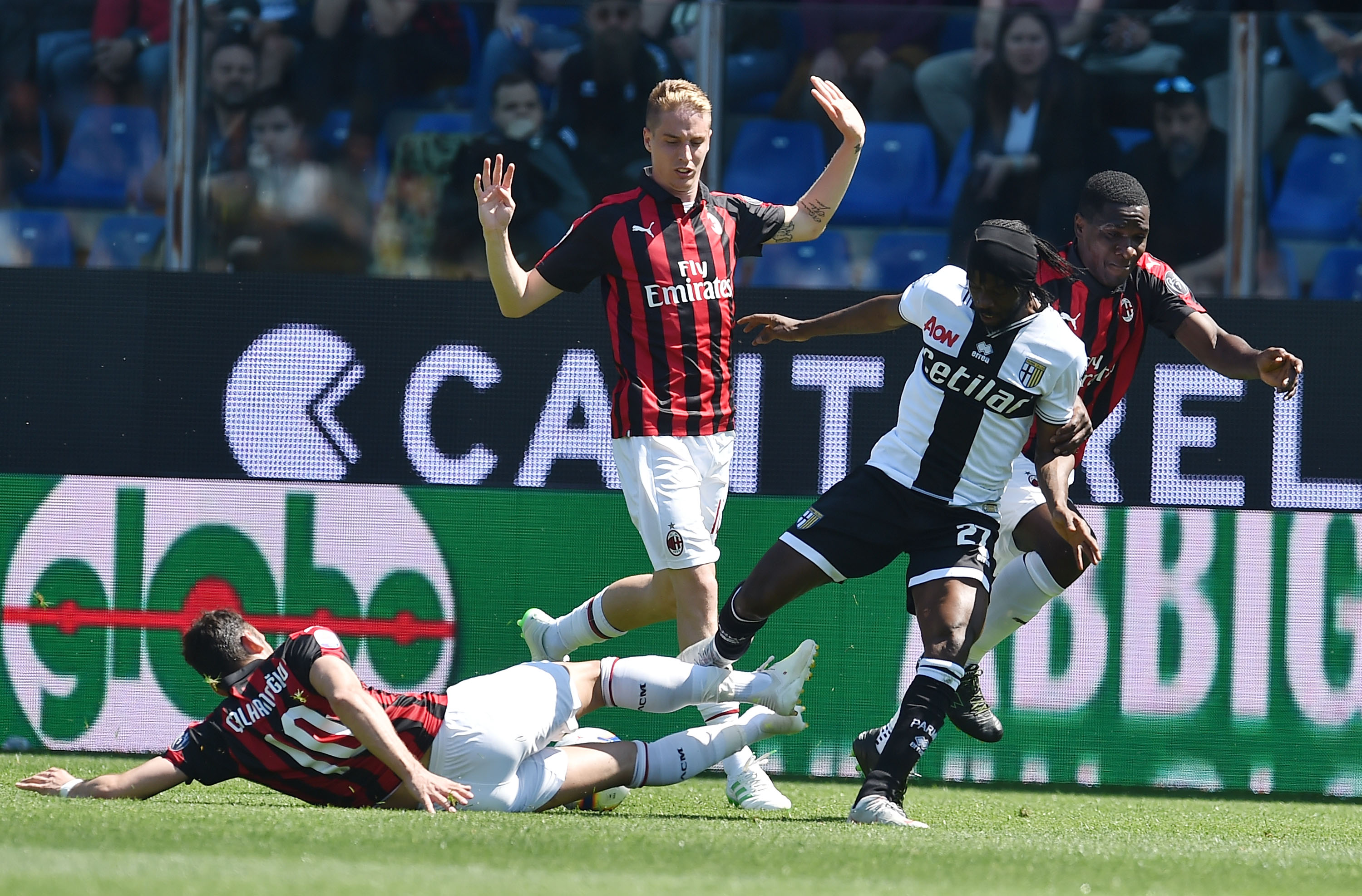 Cutrone replaces Bakayoko early in the second half and Milan seemingly switched to a three-man backline. However, the Rossoneri continued to struggle in the attack up until the 69th minute.

Three minutes earlier, Castillejo had come on, and he instantly made an impact. Suso managed to find his fellow countryman in the box and Samu made no mistakes with a brilliant header, putting his side in front.

Four minutes later, Piatek was through on goal and squared it to Cutrone, who converted the opportunity. However, the linesman raised his flag and after consulting with VAR, a very very narrow offside was determined on Piatek.

Piatek offside with his toe. pic.twitter.com/NwSS2G1Zpc

Milan continued to control the game possession-wise but Parma seemed dangerous when going forward. This became evident in the 87th minute, as they won a free-kick on the edge of the box. Their captain, Alves, equalised with a brilliant free-kick, and Milan failed to respond.

Two points lost for the Rossoneri, who now could lose the fourth spot to Roma, who will face Inter this evening.