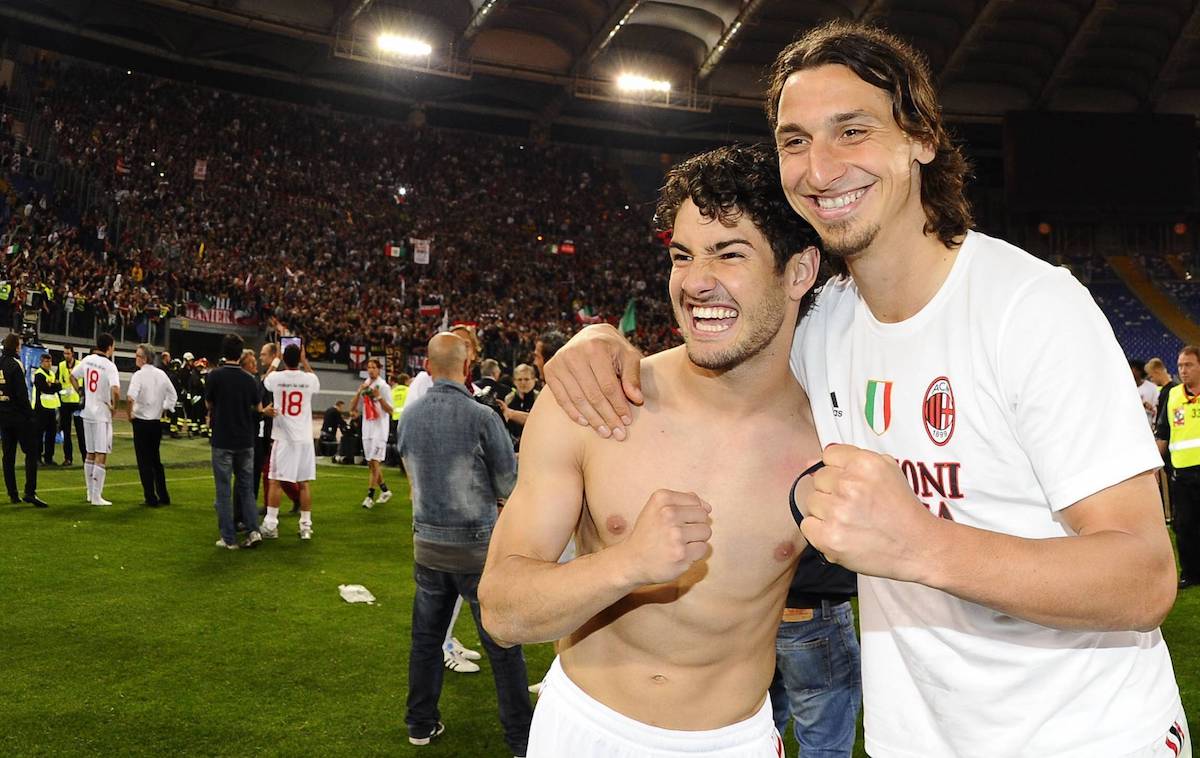 Former striker Alexandre Pato has made the claim that he would score at least 10 goals in the current side, while he reflected on his time with the Rossoneri.

Pato’s career at the club was a real rollercoaster ride. The Brazilian burst onto the scene having joined the Rossoneri from Internacional in 2007, and he amassed 150 appearances for the club across all competitions, scoring 63 goals and adding 18 assists.

However, the general consensus is that – due to a combination of factors – the 30-year-old never reached his full potential during his six-year stint at the San Siro, while the idea of a sensational return has never been far from the back pages.

Pato did reunite with the club on Thursday evening for an interview on the club’s official Twitch channel, with his comments transcribed by MilanNews and translated below.

“It’s always a pleasure to hear about Milan. I don’t forget Italian, I have friends who speak Italian. Once after a long time in Italy I arrived in Brazil and I had forgotten Portuguese (laughs). A hug to all the fans,” he said.

On his farewell to Milan in 2013: “When I arrived at Milan it was love at first sight, when I had to leave I didn’t want to. It will always remain in my heart.”

His debut against Napoli: “It was a wonderful debut, I also tried to steal a goal from Ronaldo (laughs). Claudio (Lippi) has always been a kind person, he will always remain one of us. The time I had in Milan was wonderful. I always follow Milan, I always listen to you. When I arrived at Milan I was a kid, I was discreet. I understand that there can be criticism in football, I have always had a lot of respect for journalists and for those who talk about football. It’s something that the players have to accept.”

You could have been the Milan striker still today too: “In the future why not, no one knows (laughs). I arrived at Milan very early, when you arrive very young you need to have people around you who are close to you. I was alone, there was no one.

“Once I got out of training I was left alone. I had fun on the pitch, I played as if I were on the street. I was not impressed who I was next to, I had fun with them. Unfortunately I started with injuries, I missed so many things there. I was always alone, when I wanted to talk to someone, say what I felt I could not.

“When I went back to play the injuries also returned, then I had to go back to Brazil. They were choices, even not mine. I learned afterwards that Milan only wanted to give me on loan, but unfortunately that didn’t happen. I was influenced to return to Brazil. I changed other teams, now I’m here today and now I have a mind of a 31 year old boy who is very different from that of a 18 year old boy.

“Then in a Milan like this I would score at least 10 goals (laughs). When you see the kids of today there is always a lot of people by their side, in that period there was no such approach. However, Milan was like a home for me, a family, but there was a moment when I felt alone. It was a great experience, it will always remain in my heart, there are so many things that have happened… It has happened, now I look to the future.”

How did you imagine your debut? “It’s a match I’ll never forget. I was driving home, thinking what I could say. Today football is very fast, the players’ imagination has been lost. I knew I would always hit a clean ball, I knew I had to stay close to the goal. Now it’s very fast, physical.

“Before I was with the champions, I just had to think about shooting on goal. I liked playing against Barcelona, ​​I liked going fast because they left a lot of space: in the Champions League I saw a hole and I threw myself into it. I wanted to kick around Valdes, instead it ended up under the legs. Better than that… (laughs).”

What do you think of the current Milan? “It’s a Milan that makes the fans dream, they can dream of finishing first. Obviously it is not easy, competing with clubs that spend absurd amounts is very difficult. Maldini with what he has in hand did a good job, now I see that the fans believe just as many years ago. I can say that from year to year Milan will do better and better.”

Do you remember your first day at Milanello? “When I arrived at Milanello it was wonderful. But first I went for a test. The doctor asked me to cover my eye with one hand, I put my hand too hard on the eye and I had some problems. The doctor put some eye drops on me, when I went to Milanello to take the first photo I was with my eye practically closed (laughs).

“Then when you meet a player who made history… Ancelotti at lunch asked everyone to get up to greet me, everyone got up and gave me their hand. I saw the respect of all those great players, it was great. Every new player must respect the others and have the humility to know the others who have made history. When everyone in the group goes in the same direction is the secret, which is why we won the Scudetto. Everyone was playing just to win.”

On the future: “I was not very happy because I had so many problems in my life, I blocked my contract with San Paolo because I wanted to be happy. I have toured many teams, even in China. I wanted a place that would make me feel happy again, Orlando arrived after 7 months of being stopped. The desire to play has returned, the motivation I had as a child. I know what I can do, I can help Orlando a lot. Then we don’t know the future, only God knows.”