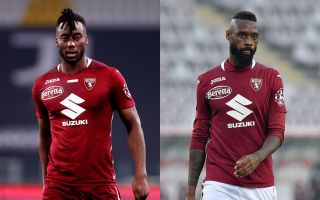 Pedrosi: Milan and Torino could discuss future of duo this evening – the latest

Milan will take on Torino at the San Siro this evening, hoping to bounce back with a win after losing against the away side’s city rivals, Juventus. However, it will also be an opportunity for the directors to talks about the mercato.

As reported by Matteo Pedrosi, in his latest piece for CorriereGranata, particular attention should be paid to Soualiho Meite. After missing out on Kouadio Kone of Toulouse, Milan are thinking about the Frenchman for the midfield.

It’s a different profile but at the same time a functional one, and the Rossoneri would like him on loan with an option to buy. Torino would prefer a permanent transfer but in the absence of other offers, they could agree to the formula.

In addition to Meite, the two clubs could also discuss Nicolas Nkoulou. His contract will expire in the summer and he could be allowed to leave. Should Milan fail to sign Mohamed Simakan, Nkoulou could be the alternative.