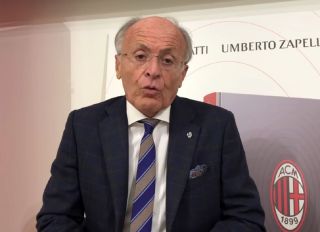 Pellegatti explains why Leipzig star Sabitzer ‘would be perfect’ for Milan

Milan are looking for a new No.10 as Hakan Calhanoglu decided to leave the club for city rivals Inter. Obviously, it will be very important for the Rossoneri to bring in the right player and work is underway.

They have been linked with many players in the last few weeks and yesterday, Bild (via MilanNews) reported that Milan are interested in Marcel Sabitzer. The RB Leipzig star scored eight goals and assisted an additional four in the Bundesliga last season.

The German side are willing to cash in this summer, per the report, as the Austrian’s contract will expire in 2022. That is, however, provided that a fair offer will arrive from Sabitzer and no low-ball offers.

On his Youtube channel, as transcribed by MilanNews, journalist Carlo Pellegatti spoke about the No.10 role. He explained why the Rossoneri should make a move for Sabitzer, who would be the perfect Calhanoglu replacement.

“Last night, Bild talked about Sabitzer to Milan, this player would be a spectacular dream for me. In place of Calhanoglu he is perfect, a multifaceted, charismatic attacking midfielder, a captain.