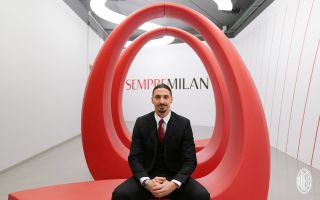 Pellegatti: Milan’s first signing complete ahead of 2021-22 – latest on renewals and targets

The first piece of AC Milan’s plans for the 2021-22 season have been put in place, and now the management are continuing to work on the squad.

According to Carlo Pellegatti’s latest for Calciomercato.com, the renewal of Zlatan Ibrahimovic is indeed the first component as Paolo Maldini and Ricky Massara look to build an even better and more competitive squad for next season.

The management have understood that Ibra will not be able to play three games in a week and his physical condition will have to be well managed, so that is why another striker will arrive. The profiles have already been identified and the names ‘are locked in the drawer of a desk on the fourth floor at Casa Milan’ as per the journalist.

Regarding the renewals of Hakan Calhanoglu and Gianluigi Donnarumma, there is nothing new and no developments. The offer for the latter is €8m net per season while the request is at least €10m.

To date any rumours about a possible move to Juventus are unfounded and come from ‘friends of friends’ – something which makes Pellegatti doubt the possibility – but regardless of Gigio’s fate Milan ‘will have a great goalkeeper in the squad’ next season.