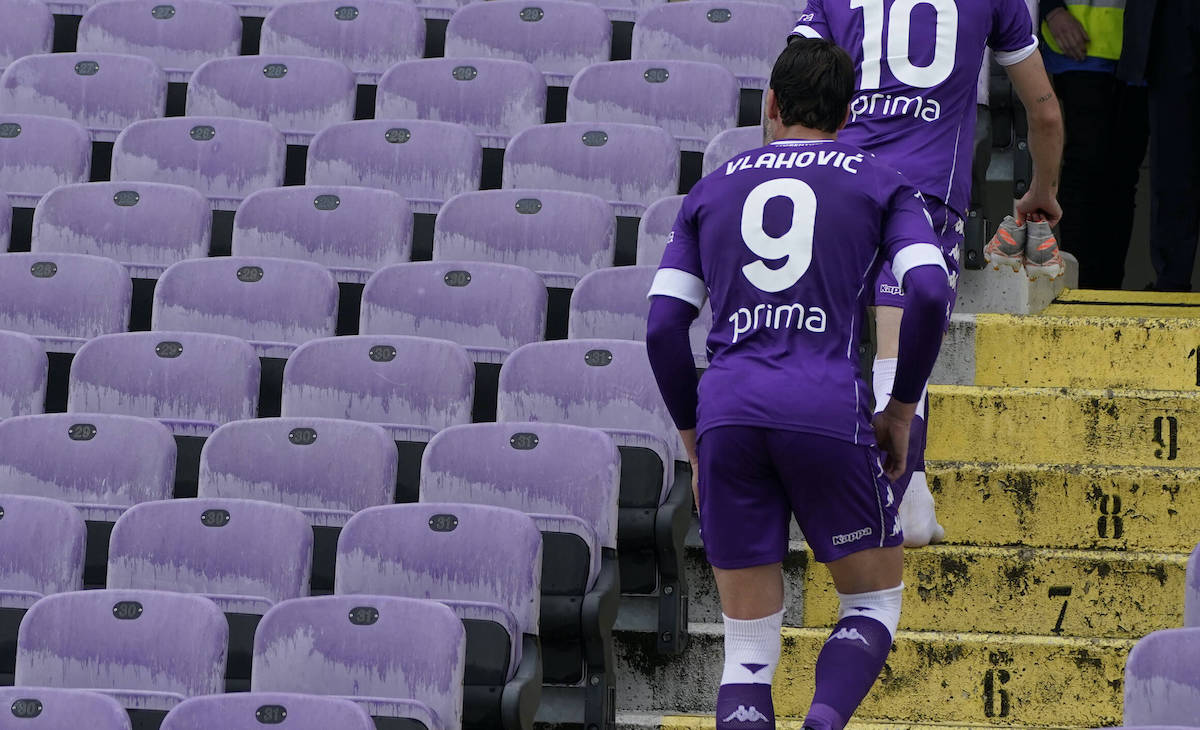 Pellegatti rules out idea of Vlahovic joining Milan: “We have to forget about 40-50 million players”

Journalist Carlo Pellegatti has told AC Milan fans not to expect a big-money striker to arrive during the summer transfer window.

Vlahovic has had an incredible breakthrough season in Serie A scoring 21 goals so far with 17 coming in the year 2021, leading to speculation that he could make the leap to a big club in the not too distant future and rumours of a price tag anywhere between €50m and €80m.

As reported by La Gazzetta Sportiva (via MilanNews) this morning, the first name on the Milan wish list in their search for a new centre-forward for next season is still Vlahovic. Specifically, the Diavolo want a player who can alternate with Ibrahimovic and grow alongside him.

Pellegatti spoke to Tutti Convocati about the Rossoneri’s pursuit of a new centre-forward and seemed to strongly suggest that Dusan Vlahovic is now out of Milan’s price range.

“I wanted Ibra in the European championships because he wanted to say it would be good. Now he has to do conservative therapy, which is never a good thing, and the cartilage is delicate. It is not operable,” he said (via MilanLive).

“Milan will have to sign a co-owner given Ibrahimovic’s conditions. Vlahovic? His price is out of reach. I take responsibility: we have to forget about 40-50 million players as a new striker.”