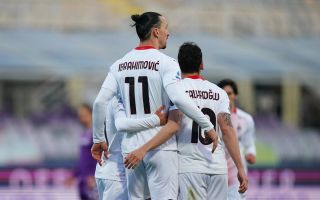 If Zlatan Ibrahimovic were to face an extended spell on the sidelines then it could complicate Milan’s plans, according to a report.

Journalist Carlo Pellegatti (via MilanNews) gave an update on the market via his YouTube channel and discussed the attack in particular. He remarked that the news about Ibrahimovic – who is recovering from a knee problem – is quite worrying given that there is still the hypothesis of a knee operation for the cartilage problem.

This would be a ‘very serious’ issue for Milan because it would change their market strategies, as relying only on a 34-year-old Olivier Giroud as a deputy to Ibra is a gamble enough, but to only have the Frenchman seems ‘difficult and unpredictable’, so it would be necessary to go and get another striker.

The Hakan Calhanoglu situation is also not moving. The Turkey international hopes to have a great European Championships to gain visibility and find a team that offers him the money he wants. The clubs doesn’t like the fact that Calhanoglu has put them on stand-by, but Stefano Pioli is willing to wait for him.