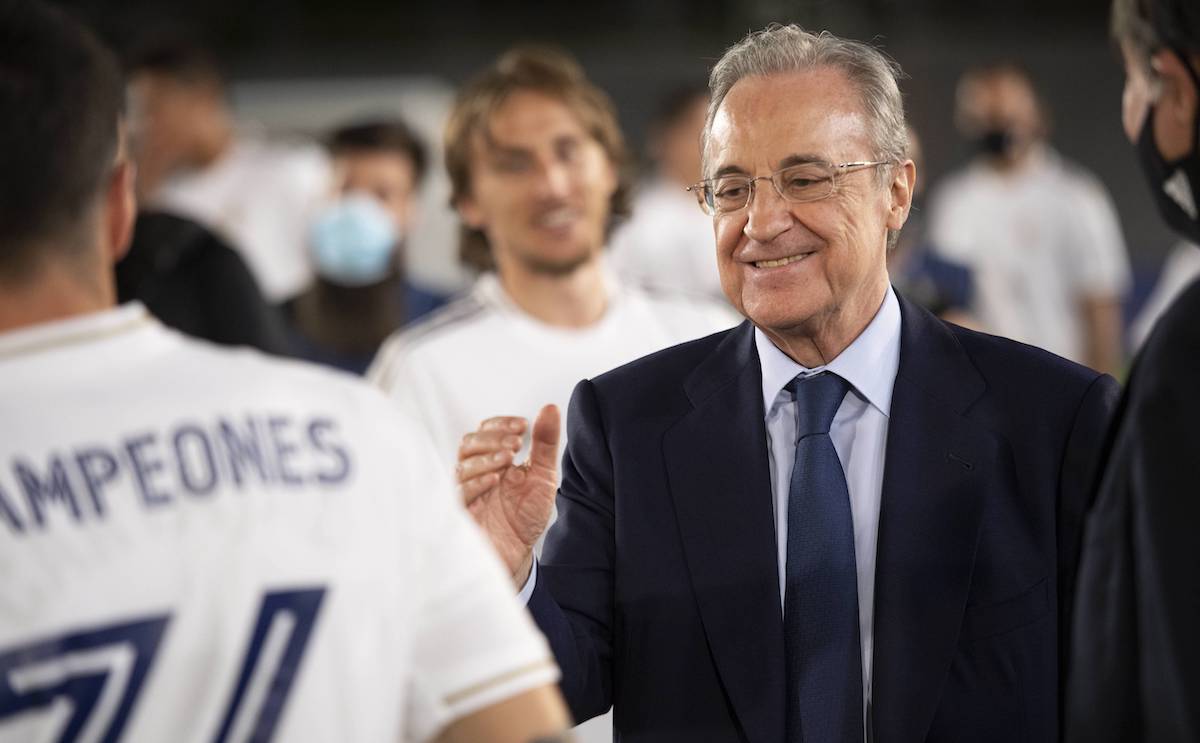 Florentino Perez has claimed that AC Milan have not yet officially withdrawn from the Super League and remain in it along with Juventus.

The world of football was rocked on Sunday night when it was announced that 12 of Europe’s top clubs had launched the creation of a new ‘Super League’ which would replace the Champions League and that they would have control over.

On Tuesday things began to unfurl as Manchester City were the first to say goodbye, then all the other English clubs followed, while statements from Inter, Atletico Madrid, Milan and also Juventus arrived.

On Wednesday evening, Perez spoke once again about the project and revealed that he is convinced that the Super League is not dead.

“No it is not. They say that Juve is gone, but that’s not the case. Milan, too, did not come out. The English are still inside, like Barcelona. We are all inside, also because to get out you have to pay a penalty and so far no one has pulled out the money,” he said (via MilanLive).

“We decided to take a step to explain the project. We have been working on it for three years, perhaps we have illustrated it badly. I have never seen so much aggression in my life.

“Among us 12 there has always been a less convinced English club, evidently it has infected all the others. There are older people there who got scared. There are many Americans, they have many interests and no one expected such an aggressive reaction. I got worried. There is a binding agreement between us, but for now we have preferred to step aside.”

The Real Madrid number one focuses again on the binding contract signed: “ We have an agreement and whoever is inside cannot get out. We will treat everyone. We cannot take legal action, but I repeat: there is a binding agreement. We don’t want a closed tournament, anyone can enter it.

“There must be a fixed low, then the other clubs can join for sporting merits. We don’t want to kill the leagues, but young people no longer watch football: we have to find a way to prevent them from going to Playstation instead of a match. They say we want to kill football, but in reality we want to save it. We will not reach 2024 if no more money comes in.”

READ MORE: Milan turn attentions to Lazio but presence of star duo is in doubt – the latest