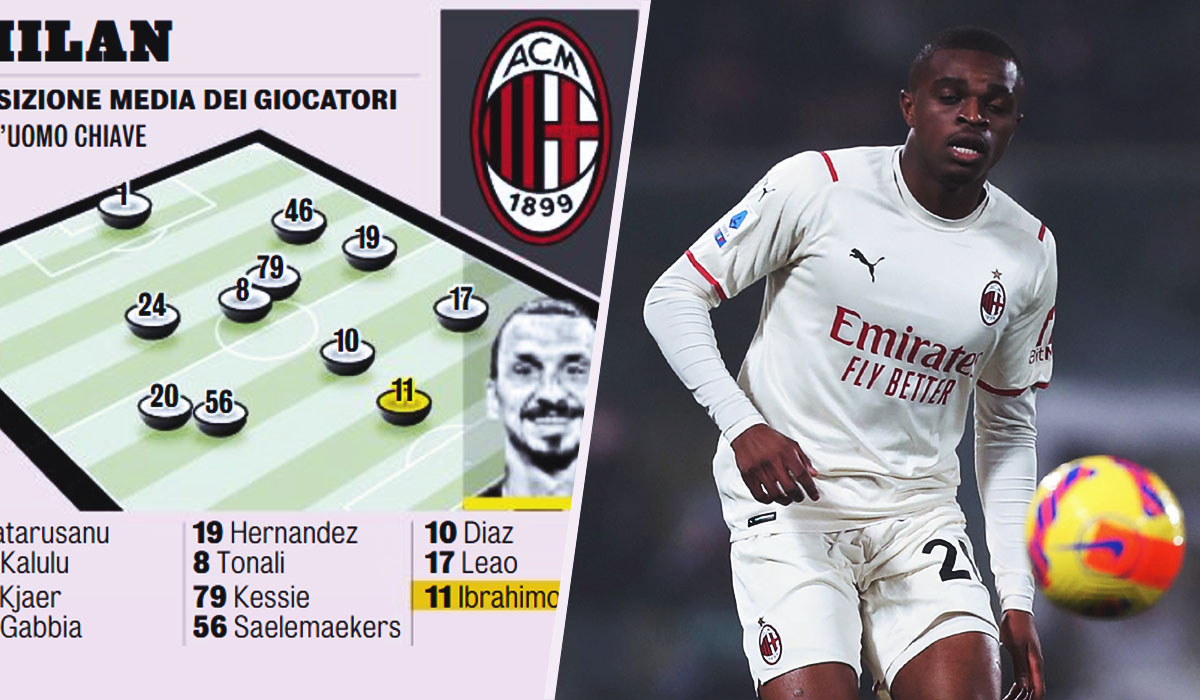 Photo: Average positions of the Milan players in their loss against Fiorentina

AC Milan suffered their first defeat of the season last night, beaten 4-3 by Fiorentina at the Artemio Franchi. The Rossoneri didn’t necessarily play poorly but a few mistakes cost them dearly.

Stefano Pioli had a similar view of the game, stating that the incidents and details made the difference, but overall Milan weren’t poor. Of course, they cannot afford to replicate the defensive errors they made last night.

Gazzetta Dello Sport (see photo below) shared the average positions of the starting Milan players in the clash. The attacking trio was very similar to what you would expect on paper, while Pierre Kalulu was very far forward.

The average position of each #ACMilan player from the game against Fiorentina.

READ MORE: Milan will initiate renewal talks with Ibrahimovic at the start of 2022