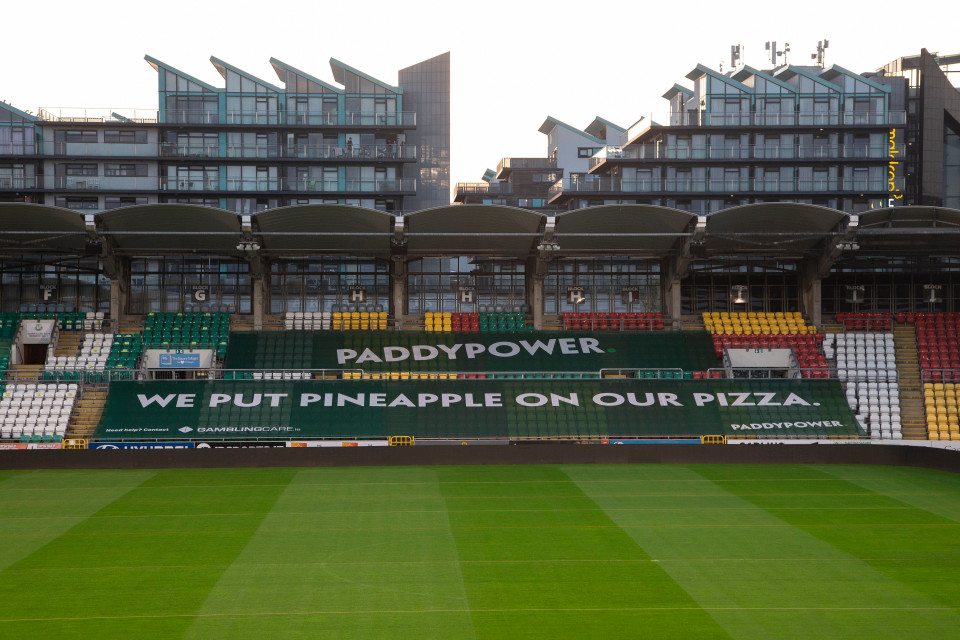 Photo: Banners put out ahead of Milan’s arrival – ‘We put pineapple on our pizza’

Milan will take on Shamrock Rovers in the Europa League qualifiers tomorrow, starting their season with an away clash. The Rossoneri are obviously the big favourites to win and secure a spot in the third round.

Ahead of the game, betting giants Paddy Power decided to put out some banners in the stands of Tallaght Stadium, which is the venue for tomorrow’s clash. ‘We put pineapple on pizza’, one of the banners reads.

Some grim stuff from Paddy Power at Shamrock Rovers’ ground for the AC Milan match.

I’m sure fans of Rory’s Stories will love this shite. pic.twitter.com/PlhesRFoBw

All in an attempt to disturb Milan, of course, but it’s unlikely to be of much use for the Irish side once the game kicks off tomorrow. If anything, it will perhaps the Rossoneri to win big.