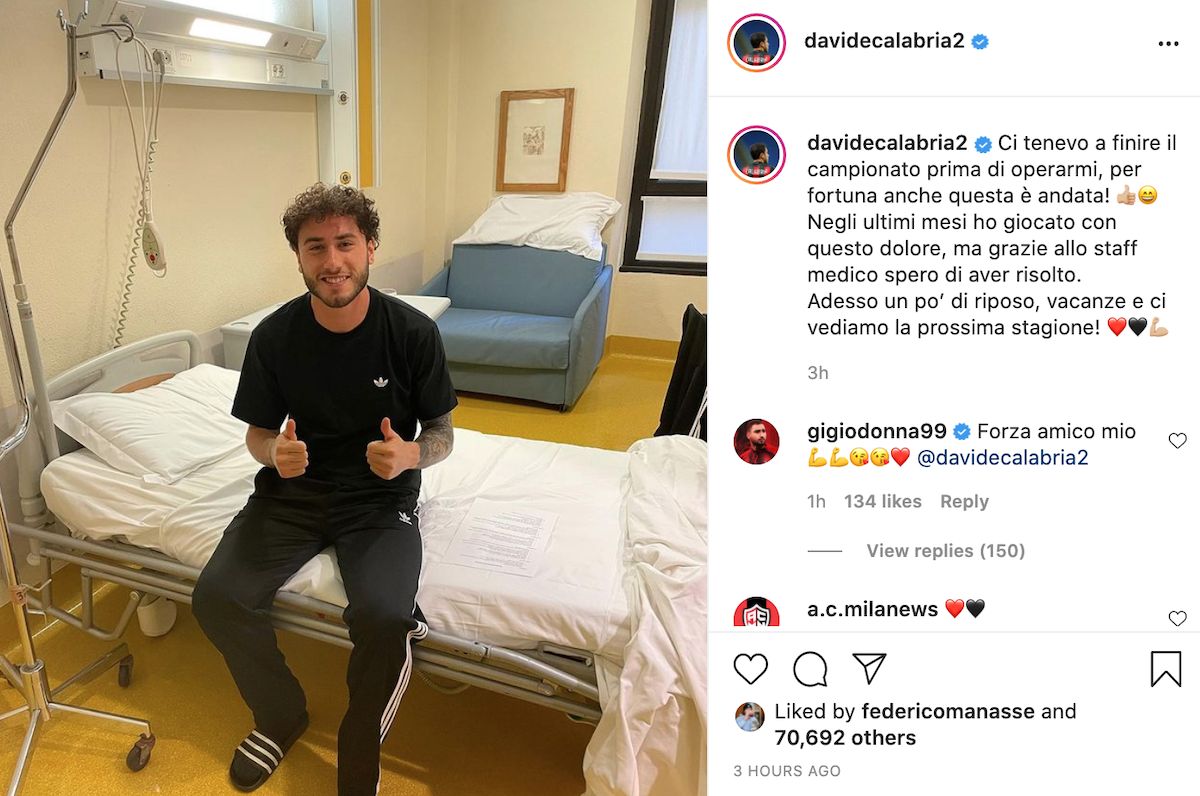 Photo: Calabria reacts after operation – “In the last few months I have been playing with this pain”

AC Milan defender Davide Calabria has revealed that he ended the season playing with pain, having just undergone a hernia operation.

After a fantastic season for the full-back, Milan confirmed yesterday via their official website that Calabria underwent an operation on a sports hernia. His recovery time is estimated to be 6 weeks, the club have confirmed.

In a post on his Instagram profile, Calabria posted a picture after the operation he underwent yesterday, and commented: “I wanted to finish the season before operating, luckily this has gone too! In the last few months I have been playing with this pain, but thanks to the medical staff I hope I have solved it. Now some rest, holidays and see you next season!”