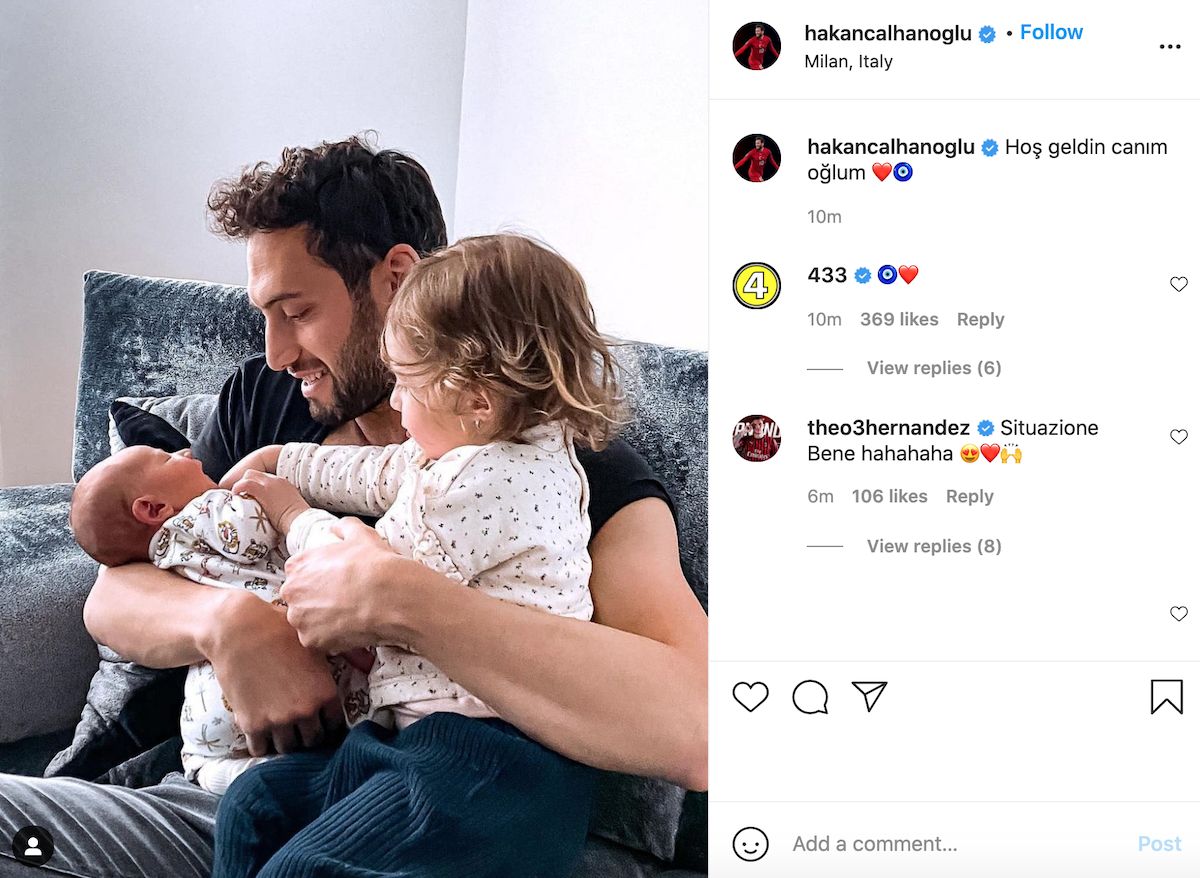 Hakan Calhanoglu has welcomed his second child into the world, the Milan midfielder has confirmed via a post on his social media account.

He announced the news via a post on social media, and confirmed that he has had a boy with the caption: “Welcome my dear son.” Milan also congratulated the No.10 on the new addition by posting the following on Twitter: “There’s a new entry in town 😍
Congratulations to @hakanc10 and Sinem on the newborn baby!”

We at SempreMilan would like to extend our congratulations to Hakan and Sinem on the birth of their second child.

👶 Congratulations to @hakanc10 on the birth of his second child! ❤️️🖤 pic.twitter.com/jhSgIr9Die