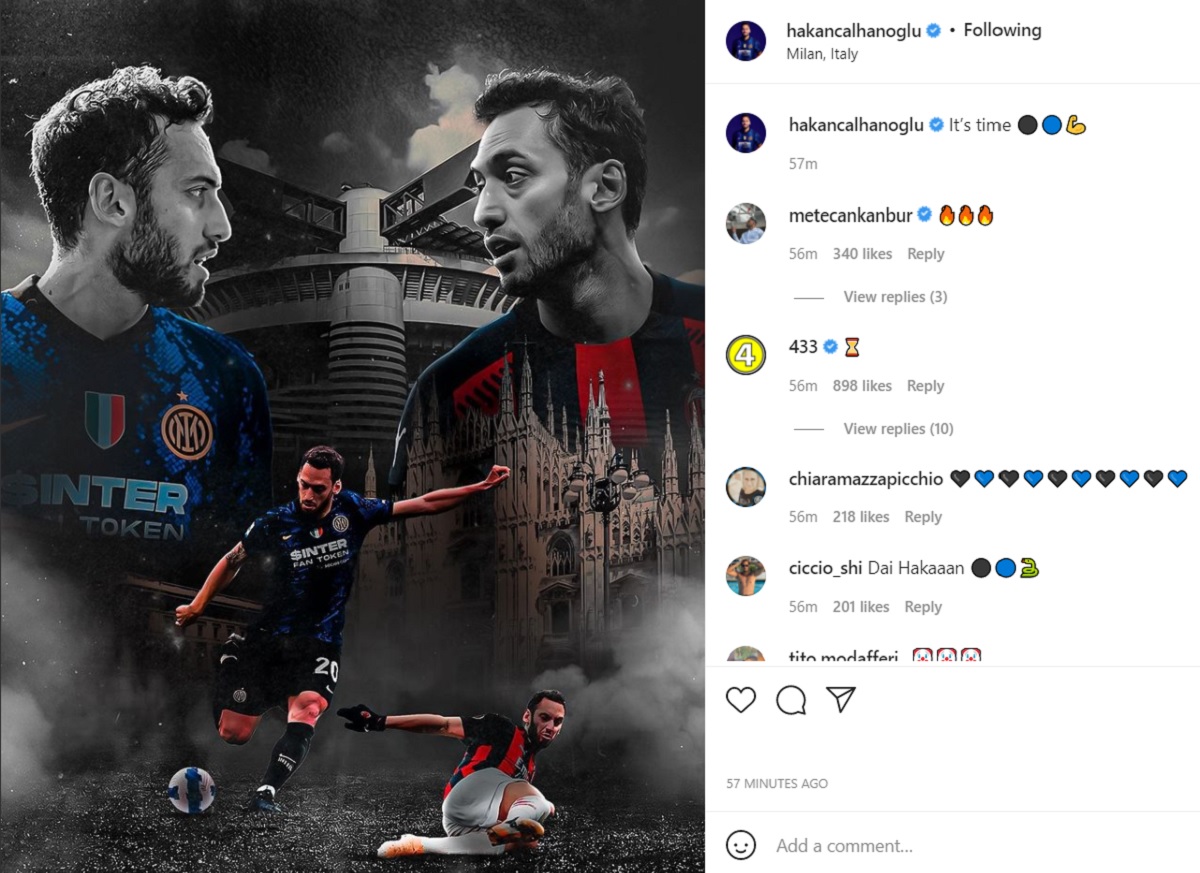 Hakan Calhanoglu is the gift that keeps on giving. After rejecting the renewal offer from AC Milan this summer, he decided to join the Rossoneri’s city rivals Inter, completely blind of the rivalry.

Players have moved between the clubs before, sure, but to do so on a free transfer is nothing but a lack of respect. And since then, the midfielder has been publishing some odd photos, expressing a lack of knowledge.

Ahead of the derby tomorrow, he published an edit of San Siro with him in both a Milan and Inter shirt. The idea surely was to portray the past and present, but the picture doesn’t really express that. And the photo has indeed sparked a debate among the fans.